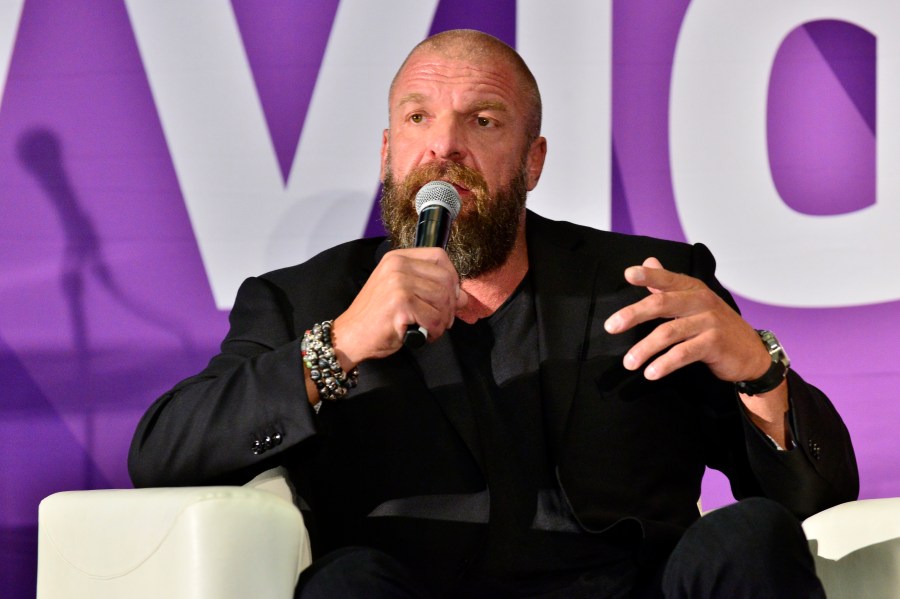 Triple H is known for his talent in the ring, but his creativity has earned him a major seat at the table within the WWE.

On Monday, the sports entertainment powerhouse announced Triple H, whose real name is Paul Levesque, had been elevated to Chief Content Officer.

Over the years, the former WWE champion has made an impact behind-the-scenes with heavy influences within the WWE’s creative team, and his hard work has apparently paid off.

Prior to Levesque’s promotion, the major hand behind the company’s creative services was former CEO Vince McMahon. Back in July, McMahon announced his retirement following an investigation into misconduct claims.

“WWE is one of the most prolific producers of premium content in the world and I look forward to this amazing opportunity,” said Levesque. “Having spent my entire career in this business, I’m confident that we have the right pieces in place to continue to grow our audience and deliver for our fans around the world.”

Levesque is married to Stephanie McMahon, Vince’s daughter. Both she and Khan serve as co-CEOs following McMahon’s retirement.