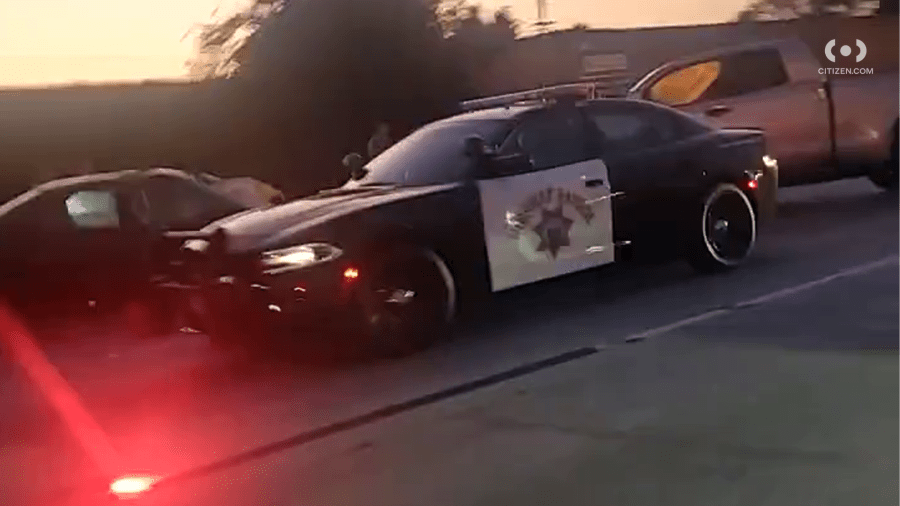 Southbound traffic on the 605 Freeway was partially blocked Saturday night in Cerritos after a wrong-way driver collided head-on with another vehicle.

One person was killed in the crash which happened around 6:45 p.m. on the southbound side of the freeway at Alondra Avenue.

Details are limited at this time, but Caltrans confirmed that at least one person was killed after a head-on collision including one vehicle that was traveling the wrong way on the freeway.

Video shared to the Citizen app showed a black sedan that appeared to be have collided with a silver pickup. It’s unclear which vehicle was traveling the wrong way, although the crashed sedan was facing towards oncoming traffic.

It’s currently unclear if the person killed was riding in the sedan or pickup.

Two southbound lanes of the 605 Freeway were closed and were expected to remain closed for several hours. The Alondra Avenue off-ramp was also closed, Caltrans and California Highway Patrol said.

There was no immediate timeline for when the lanes would reopen.

For the latest traffic conditions in your area, click here.

Dog blinded after ingesting oxycodone while walking in Santa Monica

1 killed, another wounded in Hollywood shooting that began as argument

Half of California inflation relief payments issued: Here’s who is left