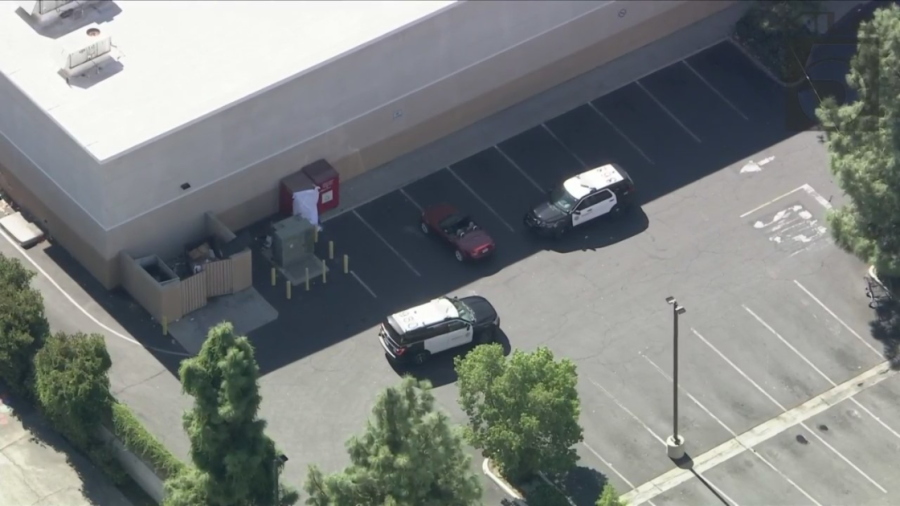 A woman was found dead and partially in a donation box in Santa Clarita Thursday morning, officials said.

The incident was reported just before 10 a.m. near the intersection of Orchard Village and Lyons Avenue, according to the Los Angeles County Sheriff’s Department.

The woman, believed to be in her 60s, was partially in the box and declared dead.

Authorities believe she may have gotten there on her own and she may have been involved in some sort of industrial accident.

The official cause of death, however, will be determined by the Los Angeles County Medical Examiner-Coroner’s Office.

The body remained at the scene in the 11 a.m. hour as a vehicle was parked nearby and sheriff’s patrol cars cordoned off the area, aerial video from Sky5 showed.