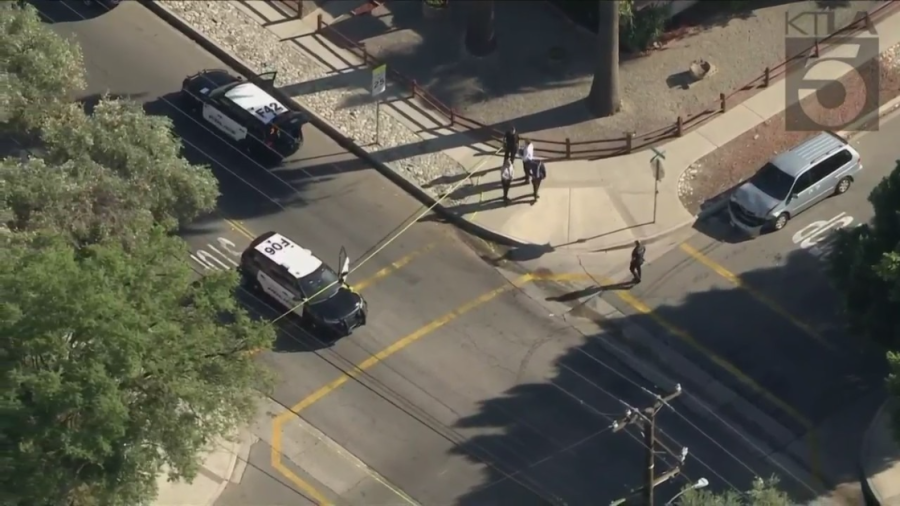 The shooting was reported about 7:35 a.m. near the intersection of Mallory Street and Cypress Avenue.

The scene is near Truman Middle School, which was locked down amid the investigation.

The woman was found with a gunshot victim and was eventually pronounced dead.

Another victim had been shot at but was not struck, Fontana police told KTLA.

Authorities are searching for the shooter or shooters, though they have no suspect description. No further details about what led up to the shooting have been released.

This is the best apple orchard in the U.S.

What we know (and what we don’t)