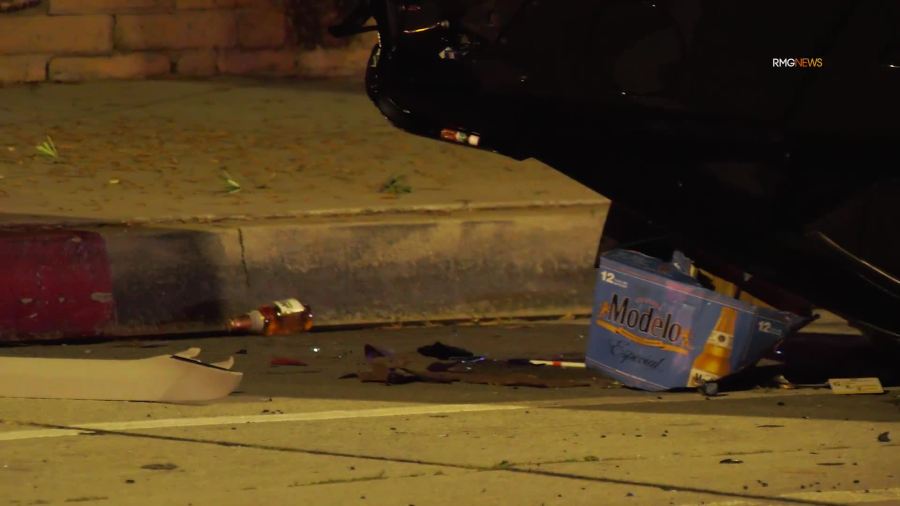 by: Travis Schlepp, with additional reporting by Alexis Lewis

Two people were seriously injured in a rollover crash in Whittier Saturday morning.

The crash took place around 12:45 a.m. on Beverly Boulevard near Norwalk Boulevard, according to the Whittier Police Department.

Police say a black sedan lost control, crashed into an electric pole and then rolled over several times.

Of the four occupants in the car, two were hospitalized and a third declined treatment.

Video from the scene showed beer bottles near the wreckage and police say the driver will be arrested on suspicion of driving under the influence once they are released from the hospital.

At least 600 Southern California Edison customers were without power Saturday morning due to the damaged power line.

Police remained in the area for traffic control while crews repaired the damaged pole, with work expected to be completed around 8 p.m., according to the SoCal Edison outage map.

Teen arrested in connection to deadly shooting in Long Beach

5 arrested in deadly shooting at Minnesota’s Mall of America