What is a kamikaze drone? 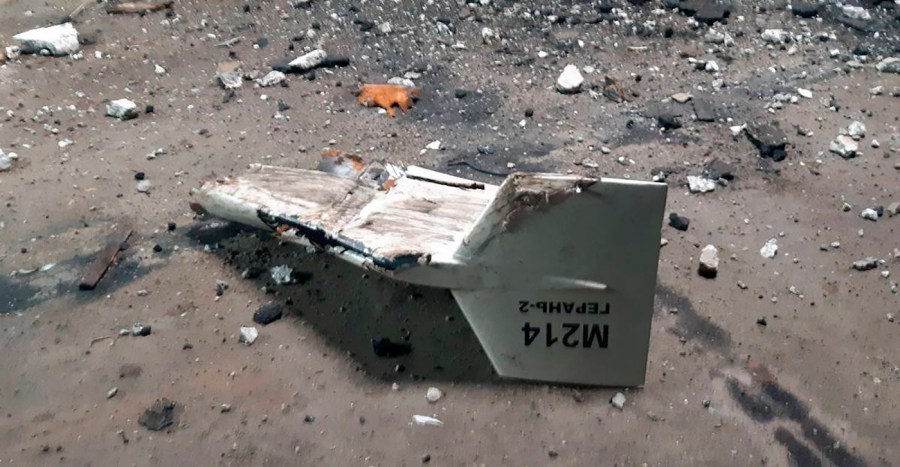 (The Hill) – Ukrainian officials said Russia killed at least four people on Monday by detonating a so-called kamikaze drone in Kyiv, the latest apparent use of the unmanned explosive device.

The officials suggested the strike — one of 28 drones that targeted the Ukrainian capital on Monday — appeared to involve an Iranian Shahed-136 drone, with video showing an aircraft quickly lowering on its target in the city’s center.

“All night and all morning, the enemy terrorizes the civilian population. Kamikaze drones and missiles are attacking all of Ukraine. A residential building was hit in Kyiv,” Ukrainian President Volodymyr Zelensky wrote on Telegram.


This orphan watched his dad die, now he awaits his future in a Ukrainian shelter

Tehran denies supplying the drones, a position contested by both Ukraine and the U.S.

The unmanned triangular drone is known to loiter in the air until it determines its target, then it quickly lowers itself to the ground and detonates. Russia has reportedly renamed the system as the Geran-2.

Ukrainian online publication Defense Express, citing Iranian data, reported that the Shahed-136 is about 11 feet long with a wingspan of about eight feet, weighing about 440 pounds.

The data reportedly shows the drone can travel up to about 115 miles per hour and fly up to about 1,500 miles, although the publication expressed skepticism in Iran’s estimates.

The British Defense Ministry has also acknowledged the reported range, although its intelligence reports suggest the drone only has a small explosive payload.

The British intelligence reports indicate the drones are slow and fly at low altitudes, making it prone to destruction from conventional air defenses.

A video posted by Oleksiy Biloshytskiy, chief of the Patrol Police Department of Ukraine, appears to show Ukrainians shooting down one of the Iranian drones launched at Kyiv on Monday.

“It is unlikely to be satisfactorily fulfilling the deep strike function which Russia probably aspired to use it for,” a British intelligence report published last week stated.

How Ukraine and the U.S. are responding

The White House warned about Iranian drone sales to Moscow in July, and Biden administration officials confirmed in late August that the first shipment of drones had arrived in Russia.

“There is extensive proof of their use by Russia against both military and civilian targets there,” Jean-Pierre told reporters Monday.

U.S. officials say Russia wanted the technology as it looked to address weaponry shortfalls created by the monthslong war.

Zelensky for weeks has indicated Russia began launching the drones as Russian President Vladimir Putin escalated the invasion by annexing four Ukrainian regions, mobilizing up to 300,000 reservists and threatening the use of nuclear weapons.

Ukraine’s foreign ministry on Sept. 23 announced it was reducing the number of diplomatic personnel at the Iranian embassy in Kyiv, calling Iran’s supply of the drones an “unfriendly act that heavily damages Ukraine-Iran relations.”

The Shahed drones apparently experienced success in many cases, including in Kyiv on Monday, although U.S. intelligence suggests the drones have also been assessed to have “numerous failures.”

But the strikes have already led to deaths and destruction across Ukraine, leading Zelensky to appeal for stronger air defense systems from the West.

“Starting from yesterday, the enemy used more than a hundred cruise missiles and dozens of different drones, including Iranian ‘Shaheds,’” Zelensky said at the G7 meeting. “And every ten minutes, I receive a message about the enemy’s use of Iranian ‘Shaheds.’”

U.S. officials have said they are working to provide eight National Advanced Surface-to-Air Missile Systems (NASMS) to Ukraine, although most of those deliveries are not expected to arrive for months.

“Dozens of people, including children, were killed and injured,” the foreign ministry’s statement reads. “A third of Ukraine’s energy infrastructure was affected. The buildings of two diplomatic missions in Kyiv were damaged. Providing weapons to wage a war of aggression in Ukraine and kill Ukrainian citizens makes Iran complicit in the crime of aggression, war crimes and terrorist acts of Russia against Ukraine.”

Sleep problems grew so pronounced during the pandemic, there was a name for it — coronasomnia.

Calabasas business struck by group of 5 or 6 thieves: LASD