‘We’re fortunate that nobody was injured during this’: Standoff ends peacefully in Eagle Rock 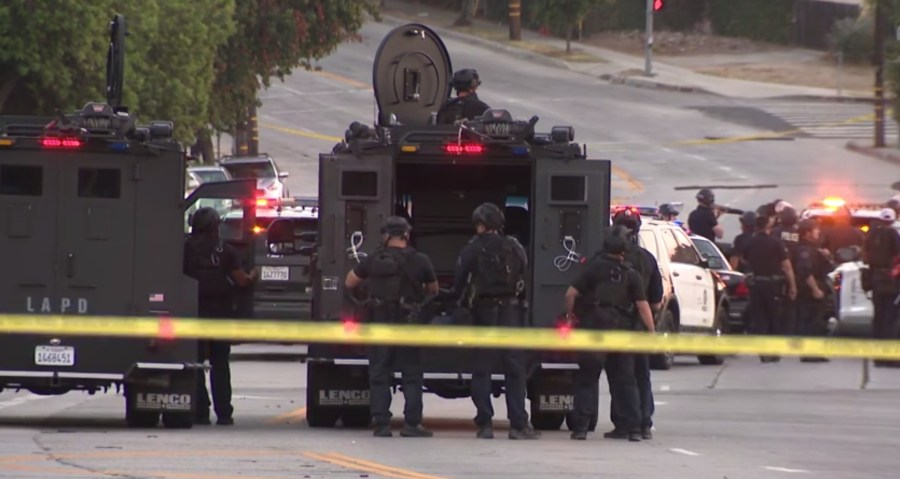 A hostage situation with a man believed to be armed came to a peaceful end after about three hours in Eagle Rock on Tuesday.

The standoff began as an argument between a man and a woman with whom he was in a “domestic relationship” at about 4:30 p.m., according to Los Angeles Police Department Detective Meghan Aguilar.

A third person who was in the car with the couple called police after the man pulled out a handgun, Aguilar said.

“He had threatened the female, at which time the person that called police, our witness, was able to get out of the car,” she added.

Police found the car near La Loma Road and Figueroa Street, where the man refused to exit the vehicle or allow the woman, who is believed to be either his wife or girlfriend, to get out.

Eventually, a SWAT team and crisis negotiation team came to the scene, and he was convinced to let the woman out.

By about 7:30 p.m., he also had been convinced to peacefully get out of the car, Aguilar said.

The unidentified man was arrested, and police are looking for the handgun in the car.

“There are a multitude of charges that could result from this incident,” Aguilar said.

If the handgun is found, he could face a charge of assault with a deadly weapon, as well as another for kidnapping or firearm possession, Aguilar said.

“We’re fortunate that nobody was injured during this,” Aguilar said.

‘Armed and dangerous’ suspect on the loose after CHP officer shot, critically wounded in Studio City