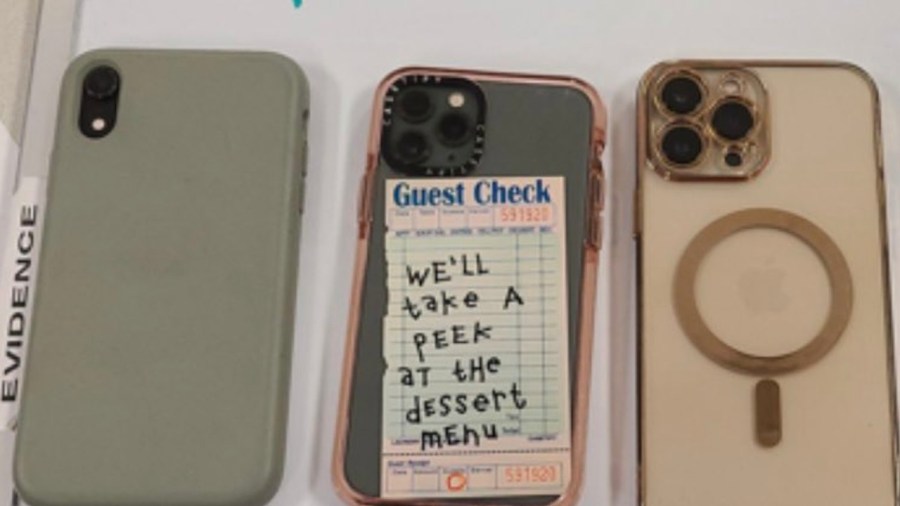 Authorities were able to recover 17 stolen cellphones and take two suspected thieves into custody while on patrol in West Hollywood recently.

The patrol team approached the intersection of Santa Monica and Robertson boulevards July 8 and saw a man who resembled a pickpocket suspect from past incidents, the Los Angeles County Sheriff’s Department tweeted.

The male suspect, and a woman who was with him, appeared to be startled when deputies approached and made contact.

The female was seen throwing a cellphone behind a nearby dumpster, according to the Sheriff’s Department.

An investigation led to the discovery of 17 stolen cellphones, prompting authorities to arrest the man and woman for grand theft.

Their identities have not been released.

Deputies were able to locate five of the victims and return their cellphones.

Hemet police fire upon suspect during pursuit; unclear if anyone was struck