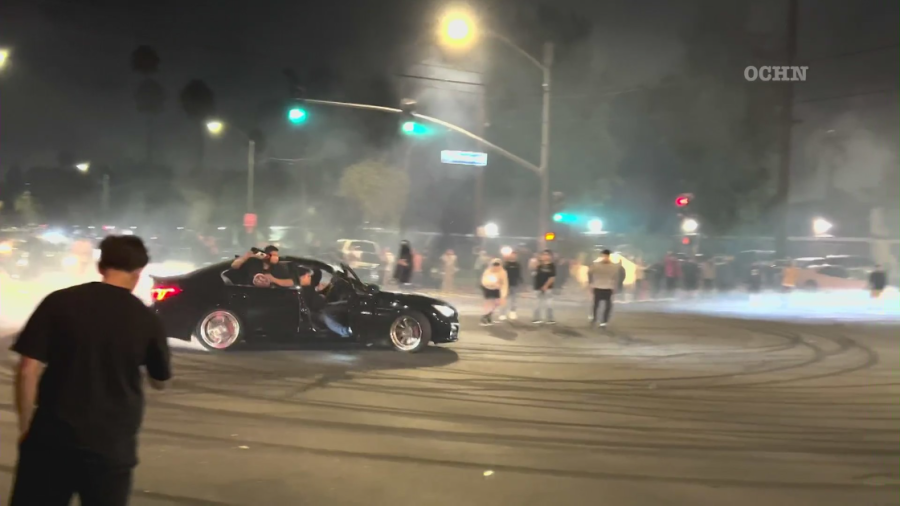 A frustrated resident was seen in video confronting participants of an Anaheim street takeover early Thursday.

The man was shirtless, barefoot and holding what appeared to be a pickaxe when he came out of his home to confront spectators at the large scene taking place at Haster Street and Orangewood Avenue after midnight.

Cars were doing burnouts and donuts at the intersection, and at one point a fight broke out, video showed.

It wasn’t the only street takeover that occurred in Orange County overnight.

Another two were reported in Anaheim, while two broke out in Santa Ana.

In one of the incidents in Santa Ana, vehicles started leaving as police arrived, but authorities were able to issue some citations.

The issue has become so widespread, that the Los Angeles Police Department has said it’s cracking down on street takeovers in their jurisdiction. The agency recently noted they prevented 22 takeovers by arresting six people and impounding 43 vehicles.