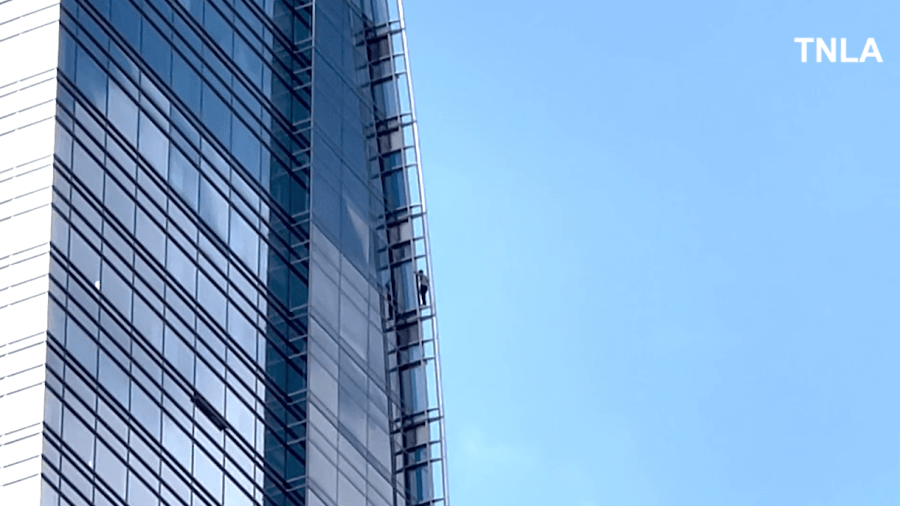 A man is in custody after climbing up the outside of the JW Marriott in downtown Los Angeles Tuesday morning.

Video shows the man scaling the side of the 667-foot skyscraper, located at 900 W. Olympic Boulevard.

The Los Angeles police and fire departments responded to the scene.

Officers were able to talk the man down and eventually took him into custody, officials said.

Streets were briefly closed in the area while the man was still on the side of the building, officials said.

It is unclear why the man was scaling the building, but Traffic News Los Angeles described him as a pro-life protester.

Authorities did not release any further information about the incident.

Will Smith Opens Up About Life Post-Oscars Slap, Says Incident Was “Rage That Had Been Bottled for a Really Long Time” [Video]

Half of California inflation relief payments issued: Here’s who is left