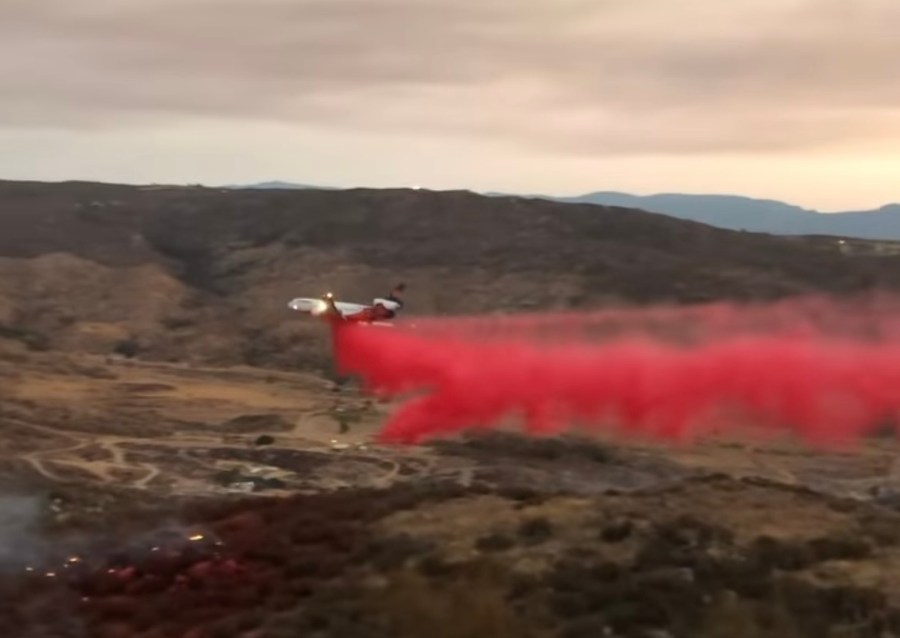 Firefighting crews from across Southern California have been deployed to Riverside County to contain the nearly 27,000-acre Fairview Fire, which erupted Monday on the outskirts of Hemet.

A crew from Santa Barbara County captured impressive footage of a small plane followed by a DC-10 dropping flame retardant along the fire perimeter Thursday evening. Video also shows dramatic footage of the Fairview Fire in the area of Stanely Road.

Santa Barabara County had assigned a five-engine “strike team,” a bulldozer, hand crew, and other various resources to fight the fire, the fire department said.

More than 1,100 firefighters are battling the blaze on the ground and from the air.

Pelosi arrives in Taiwan amid tensions with China

Cereals shouldn’t be spicy (and get off my lawn)