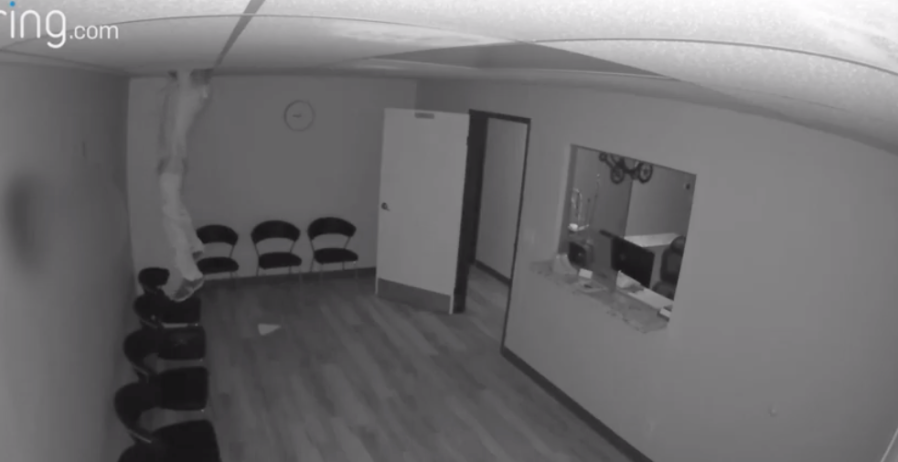 A man was captured on video breaking into a Glendale medical office through the ceiling earlier this week.

The incident occurred about 9 p.m. Monday at an office along the 400 block of West Colorado Street, Glendale police said.

Surveillance video revealed the man lowered himself inside through the ceiling, walked through the office and exited through a back door.

Officers checked the area but were unable to find the suspect.
It is unclear if anything was taken during the break in.

Around 10:30 p.m. the next day, Glendale police responded to Adventist Hospital regarding a man who was yelling at hospital staff and disturbing the peace.

Officers found the man and determined that he matched the description of the one seen on surveillance video the night before.

Ian Higdem, 35, was eventually arrested and booked on suspicion of burglary. He was described as a transient.

Higdem was arrested earlier this month after allegedly trespassing onto two Glendale homes in one day.