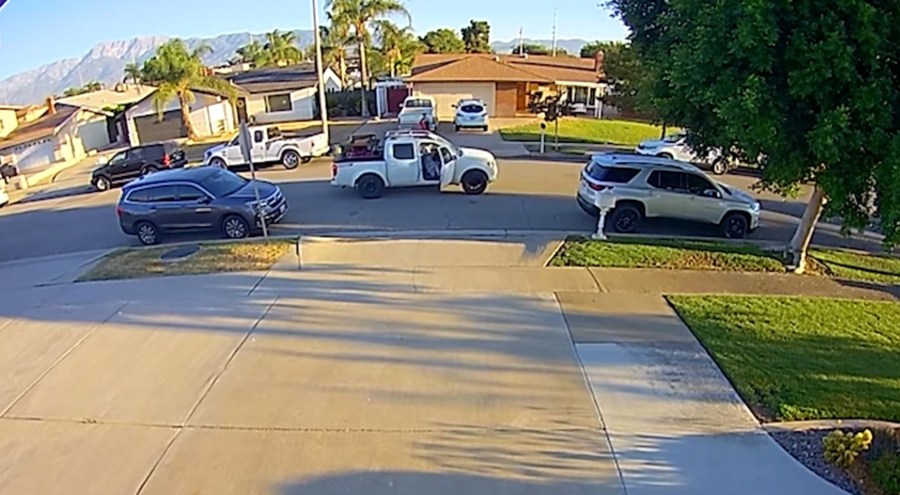 As more details continue to emerge about the fatal shooting of a father and daughter by San Bernardino County Sheriff’s Department deputies, new surveillance video footage shows the fatal shooting of the mother one day before, the violence that started the search that ended in a hail of gunfire in Hesperia.

Also in the car: 15-year-old Savannah Graziano, whom investigators originally believed was a kidnapping victim of her father’s but later said was an active participant in the Tuesday shootout, as well as Martinez.

The new surveillance footage “did show proof that Savannah and Tracy were inside of Anthony’s truck right before the homicide occurred,” said Daniel Romero of the Fontana Police Department.

The video shows what appears to be an argument inside the truck, followed by Savannah getting out of the backseat to close the front passenger door, which remained open as Anthony backed his truck down the street.

Anthony keeps backing up, slamming into a van.

Then, five gunshots ring out, sending another family scrambling back to their SUV.

“My daughter goes to preschool at 7:30 and that happened like right after I dropped her off,” said Fontana resident Sandi Villatoro.

The California Department of Justice is now investigating after both Grazianos were killed in a shootout with deputies near the 15 Freeway in Hesperia.

Authorities believe Savannah, who ran towards deputies while wearing tactical gear before she was shot, and her father fired at deputies.

According to a report in the Los Angeles Times, which cited the California Attorney General’s Office, Savannah was likely unarmed as she ran toward deputies.

Some beach waters reopen, though 5 remain under advisory due to high bacteria levels: Public Health