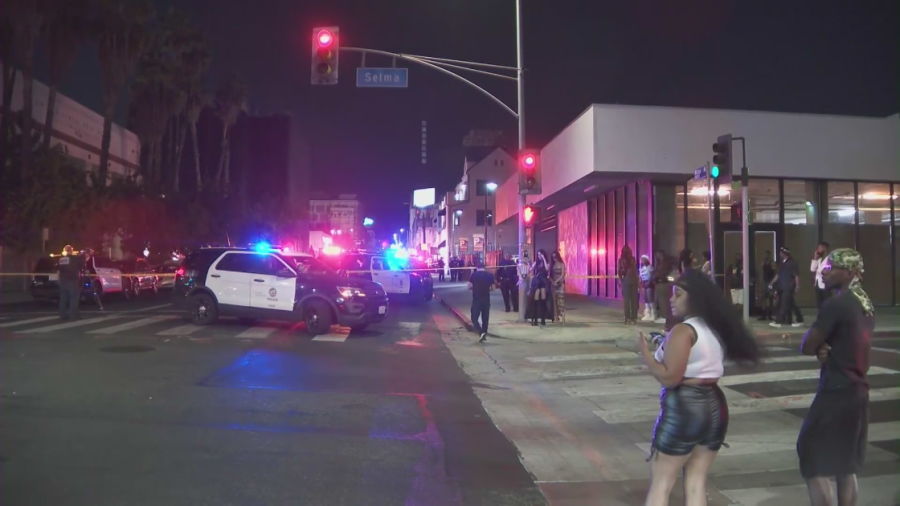 A man was shot during an attempted robbery in Hollywood early Thursday after grabbing the gun of one of the suspects, officials said.

The incident occurred just before 1 a.m. at the intersection of Wilcox and Selma avenues, according to the Los Angeles Police Department.

Two assailants walked up to the victim and demanded money. The victim refused, grabbed the gun of one of the suspects, and the second assailant allegedly shot the victim, police said.

The victim, described only as a man in his 20s, was taken to a hospital and is currently in stable condition.

Both assailants ran away from the scene and continued firing shots, police said.

One of them was last seen running west on Selma Avenue. Witnesses say he’s about 6 feet tall and was wearing a blue jacket and khaki pants.

A bullet hole was left at the Mama Shelter hotel. Employees told KTLA that another bullet ricocheted through a window of a guest room on the fifth floor, but no one else was injured.