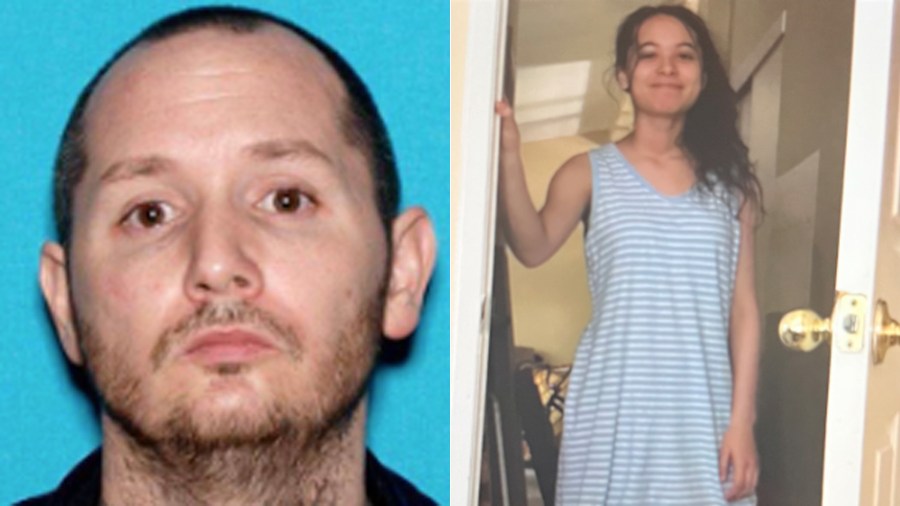 A woman who was shot and killed during a domestic violence shooting has been identified as the search for the suspect — her husband, who also allegedly abducted their daughter — continues.

Tracy Martinez, 45, and her husband, Anthony John Graziano, were apparently getting a divorce when the fatal encounter occurred Monday morning, police confirmed to KTLA.

The two were involved in a domestic dispute when shots rang out near Cypress Elementary School around 7:30 a.m. Witnesses told KTLA children were being dropped off at school when the shooting occurred.

One father said Martinez was in a van that she later crashed. She got out of the vehicle and fell to the ground after being shot, the witness said. She later died at a hospital, police said.

At some point Anthony Graziano allegedly abducted their 15-year-old daughter, Savanna Graziano, prompting an Amber Alert in several counties. They were last seen at Sierra Avenue and Valley Boulevard in Fontana.

Anthony Graziano is believed to be driving a white 2017 Nissan Frontier with a California license plate number of 44305G2. The vehicle has an overlanding rack over the bed of the truck as well as a distinct “Pro-4X” “animal” sticker on the rear quarter panel, police said.

The California license plate on the suspect’s truck is expired, but he has an active one out of Arizona, police added.

Anthony Graziano is described as being 5 feet 4 inches tall, weighing about 150 pounds with brown hair and brown eyes.

His daughter is 5 feet 2 inches tall, weighs about 110 pounds and also has brown hair and eyes.

Authorities ask anyone who sees the vehicle or the suspect to call 911.

President Biden Announces Plan To Crack Down On Hidden Fees Charged by Airlines, Hotels and Banks