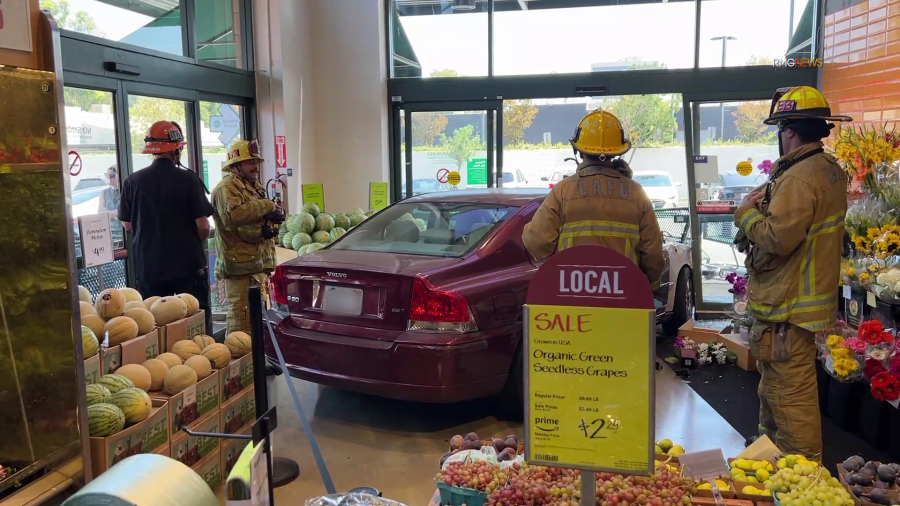 No injuries were reported after a vehicle crashed through the front of a grocery store in Woodland Hills Sunday afternoon.

The crash happened around 12:30 p.m. at the Whole Foods located on the 21400 block of Ventura Boulevard.

Video from the scene showed a red and white Volvo sedan that crashed through the front doors of the market and came to a stop in the produce section, just short of hitting the store’s coffee and juice bar.

The driver of the vehicle, who appeared to be an elderly man, was able to get out of the car unassisted and was evaluated by paramedics on scene.

Despite the mess, no injuries were reported in the crash and the building sustained no significant structural damage, according to the Los Angeles Fire Department.

Firefighters were able to remove the doors from the grocery store and drive the vehicle out into the parking lot and park it within the lines of a spot.

The crash is under investigation by the Los Angeles Police Department Valley Traffic Division.