UC workers prepare for strike amid calls for increased pay 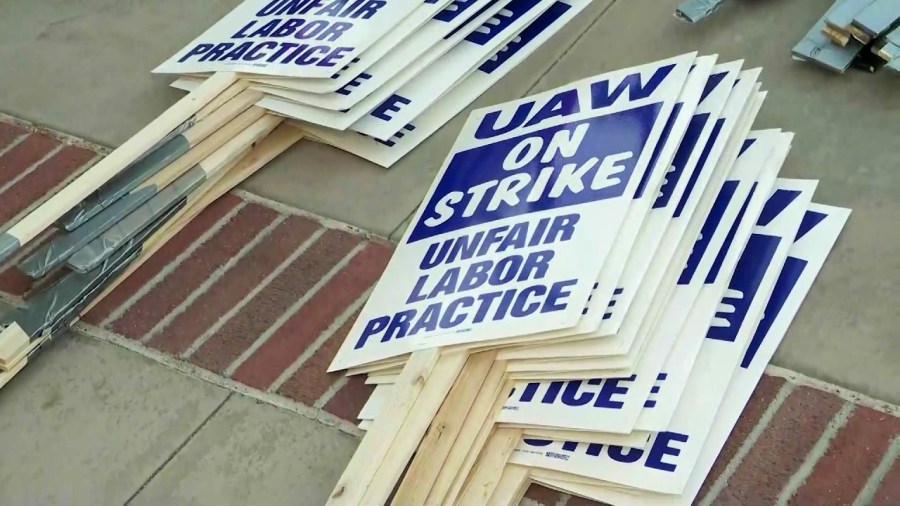 Thousands of workers at the 10 University of California campuses are preparing to go on strike Monday.

Picket signs were piled up on the sidewalk by 7 a.m. in anticipation of the strike beginning at 8 a.m.

Nearly 48,000 teaching assistants, researchers, post doctoral scholars, readers and tutors are ready to walk off campus if they do not receive a significant pay increase.

The members say some receive salaries as low as $24,000 a year and they cannot afford housing near campus, or even rent at University housing, which is supposed to be lower than market value.

The union (UAW) is demanding the University of California increase salaries so workers no longer have to live on what they described as “poverty wages.”

Dean says proposals made by the University so far don’t even match the rate of inflation and “amounts to a real wage cut.”

Students say the U.C. workers are essential to their schools.

“They are the ones that kind of push the class forward,” said UCLA student Nicole.

Nicole said that professors can’t grade all of the students’ work and “they rely on the TAs.”

The University of California issued the following statement that read in part:

“We have listened carefully to (the union’s) priorities with an open mind and a genuine willingness to compromise. We are committed to continuing to negotiate in good Fatih, and reaching a full agreement as soon as possible.”

The University also said it has offered the union a 7% pay increase for this year and 3% for subsequent years.

A Winning Amazon Advertising Strategy for More Sales in 2023

In California, not many people live alone, study says