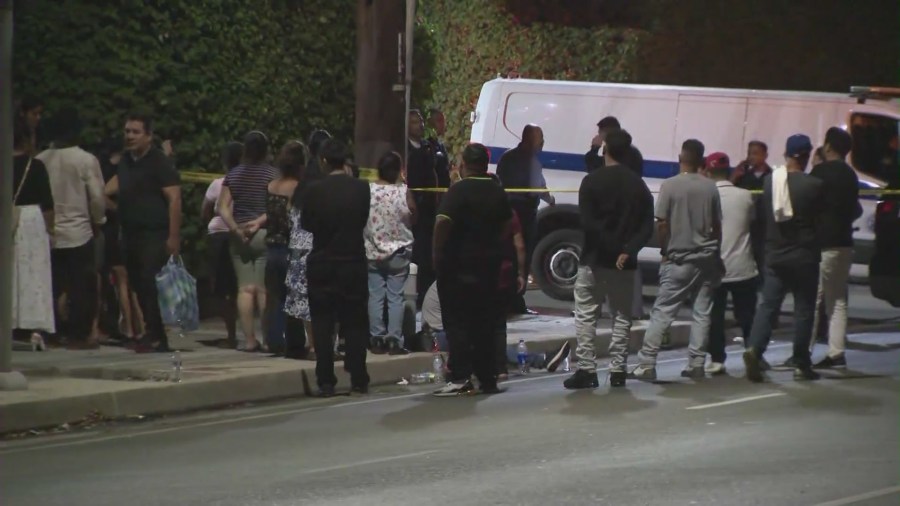 One man was killed and another injured when a fight broke out at a pre-wedding party in Northridge Sunday night.

Witnesses told arriving officers that two men got into some type of dispute before the shooting occurred in a parking lot.

“At some point, the suspect produced a firearm and shot our victim multiple times in the upper torso,” Los Angeles Police Department Detective Richard Moakley said.

The victim, identified by police as 29-year-old Edgar Rodriguez, was pronounced dead at the scene.

A second victim was apparently injured after being pistol-whipped in the head.

A witness said the party was being held ahead of a scheduled wedding on Sept. 17.

Rodriguez was the uncle of the groom-to-be, a family friend told KTLA.

The suspect, described only as a man in his 30s, fled the scene after the shooting.

Police apparently know the identity of the suspect but have not released it. They did say the suspect likely lives in the area.

There was no word on what prompted the fight.

Police are talking to witnesses and searching for video that may help in the investigation.

Police searching for suspects in June murder in downtown L.A.