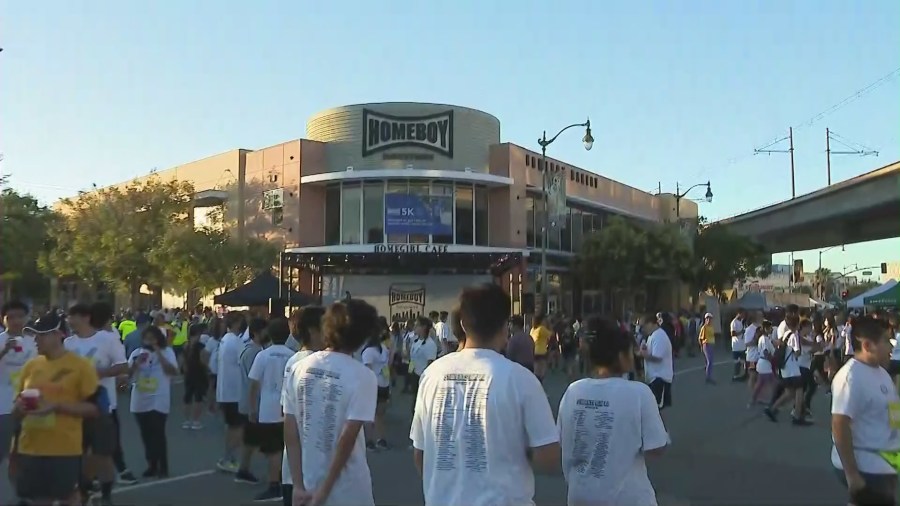 Thousands of runners in the 13th Annual Homeboy 5K Run/Walk took over the streets of downtown Los Angeles on Saturday morning.

The event was organized by Homeboy Industries, one of the largest gang-rehabilitation and reentry programs in the world.

The organization aims to help gang members and formerly incarcerated people redirect and transform their lives through job skill training and programs.

Founded in 1988, the program has expanded to several popular enterprises that allow members to gain real-world work experience including:

Organization founder, Father Greg Boyle, says around 10,000 people are served by Homeboy Industries every year. Many of those success stories participated in the 5K run on Saturday.

“They’re all people who have transformed their pain so they don’t have to transmit it anymore,” says Boyle. “Every single one is a triumph of resilience.”

“I came to Homeboy Industries when I was struggling with myself through drug addiction and gang culture,” says Fabian Debora, Executive Director of Homeboy Academy. “Eventually in 2007, I began to recover through all the services that Homeboy Industries provided. I’ve always been an artist. The gift of art was always within me and because of Homeboy, I was able to cultivate that gift and began to evolve in ways that I become a leader within my community.”

Read more about Homeboy Industries and its local businesses around L.A.