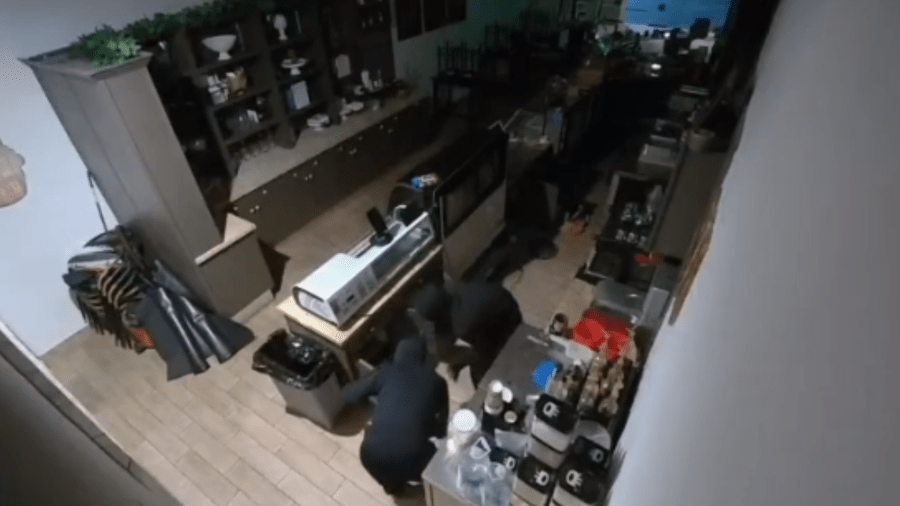 Owners of a Thousand Oaks bakery hope surveillance camera footage will help track down and catch two thieves who burglarized the shop on Sept. 15.

The owners of Historia Bakery, located on Hillcrest Drive near Moorpark Road says the two burglars broke into the shop by shattering the front entrance windows.

Dressed in all-black, the two suspects are seen ransacking the business around 1:45 a.m., running around and grabbing anything of apparent value inside the shop.

The break-in triggered an alarm notifying deputies from the Ventura County Sheriff’s Department. When authorities arrived at the shop, the suspects had already fled the scene. No injuries were reported during the incident.

The suspects remain at large and the case remains an ongoing investigation.

A GoFundMe has been set up by the shop owners to offset the damages.

“The damage they have caused to our team is devastating,” the GoFundMe campaign reads. “We are asking the community to help us to raise the capital to repair the damage. While we will continue to push forward and find a way to overcome this tragic experience, we will never forget the horrible feeling that the business we have fought so hard to survive during an already difficult time has been compromised without cause.”

LASD to offer $20,000 in death of Philadelphia man shot, killed in Compton