‘This … sucks and you don’t want it’: One of L.A. County’s monkeypox patients opens up about his ordeal 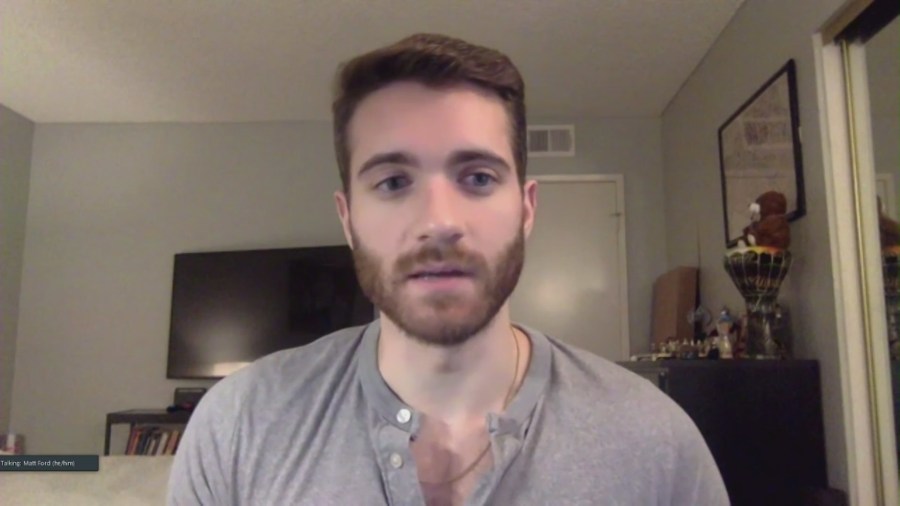 Amid the rising numbers of monkeypox cases in the United States, one actor who splits his time between West Hollywood and New York has come forward with his own bout against the illness.

Matt Ford, 30, went public with his story, lesions and all, in a BuzzFeed post on Wednesday called “I Have Monkeypox — Here’s What It’s Like And What You Should Know.”

Ford found out on June 17 that he was exposed to monkeypox. He went to the doctor on June 20 to be tested, and three days later, his positive test was confirmed by the Los Angeles County Department of Public Health.

His lesions grew in number and intensity, so much so that he “couldn’t sleep some nights,” and he also experienced “intense flu-like symptoms: a fever, full-body chills, night sweats, a cough, a sore throat, and swollen lymph nodes” for about a week.

“The pain was a dull, sore constant, with fun little spikes of sharp pain if I moved the wrong way … All that seemed to help were frequent baths and ointments — until I went back to the doctor and was prescribed narcotic painkillers. Even those were only so-so at managing the pain,” Ford added.

Though the experience was unpleasant, Ford still counts himself as lucky.

“Some people I know who’ve had it reported mild cases, but the exposure web I’m linked to has had some severe symptoms,” he wrote on Twitter.

Currently there are more than 300 confirmed cases of monkeypox in the U.S., according to the CDC.

Ford is speaking out to educate others, especially as some of the communal transmission in Los Angeles has been between gay and bisexual men.

“From the data, this does seem to primarily affect queer men at present. It is by no means a gay disease, it can spread to anyone,” Ford told KTLA. “But at the moment, we’re being primarily affected, so I do worry that will lend itself to some stigma, as we’ve seen in other epidemics. HIV comes to mind, having affected queer men. That’s why I’m being vocal, to try to fight that stigma and reinforce to everyone that there’s no shame in getting this.”

He also thinks public health officials should do more to expedite testing and encourage vaccines.

“If you can get vaccinated, do go get vaccinated, especially if you think you’re in a demographic where you can be more easily exposed to it,” Ford said. “There’s no reason to go through this. It’s unnecessary and miserable.”

3rd suspected ‘follow away robber’ arrested while in court on different case: Police

Inflation has hit these California cities the most