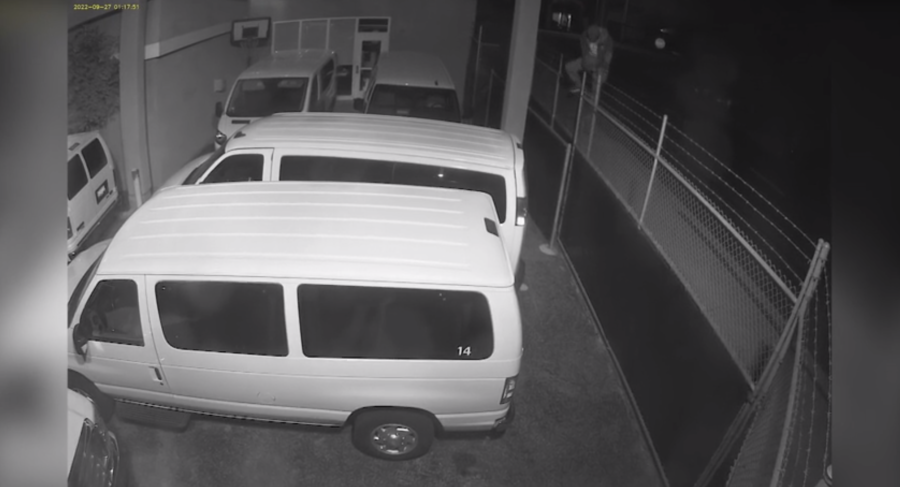 Officials at Carousel School in Westchester are reeling after two men broke into the lot and made off with a van used to shuttle special needs students, damaged another one and stole thousands of dollars in equipment.

The property’s surveillance cameras and other security measures were not a deterrent for the suspected crooks. Once inside, they broke into each van and started their crime spree.

“They went through all the vans, and they got their cellphones. We have emergency things, like flashlights,” Maria Davis, Executive Director of Carousel Schools, said.

A part of the community for 45 years, Carousel buses more than 70 students.

The thieves disabled one of the vans and hotwired another, which they used to steal all the equipment and drive off.

“We make payroll and try to do what we can for the students, but if they don’t get to school, that’s going to be tough for us to educate them,” Davis told KTLA.

School administrators estimated it will take $70,000 to replace both vans, but that doesn’t include the $30,000 worth of other items stolen.

“I’m not really sure how to proceed because it’s a lot of money. You start looking to see if you can buy a used van or something just get by, so we can transport them,” Davis said.

The school has doubled its routes to keep the campus functioning but hopes someone may recognize the bus bandits.

“Please, we really would like to get our things back, so we can be back in business and pick up kids,” Davis said.

The 1st federal monument to Lincoln is in California. You may have visited and never noticed

This is the top-rated fast food chain in California