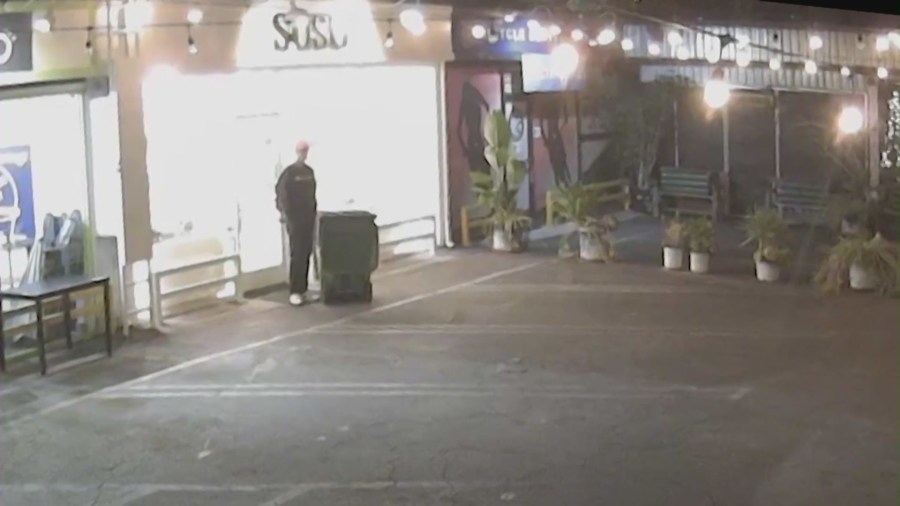 A Santa Monica business owner is distraught after a thief used a garbage bin to steal more than $10,000 worth of merchandise.

The break-in at Susu Handbags shortly after 3 a.m. was captured on camera.

The thief pulled the bin, which appears to be green and used for yard waste, up to the front glass door of Susu Zheng’s Main Street purse business, then used some kind of tool to break the door.

The burglar dumped the stolen goods into the bin, then closed the lid and rolled off into the night.

Zheng, who designs and makes the leather handbags, said the thief took “my babies.”

“They took the most expensive bags and most nice, popular designs,” she said. “It’s a lot of money and it’s devastating.”

Zheng said she wants law enforcement to do more to prevent crime amid the recent spike in Southern California.