The Rings of Power’ continues to polarize; reviews lukewarm 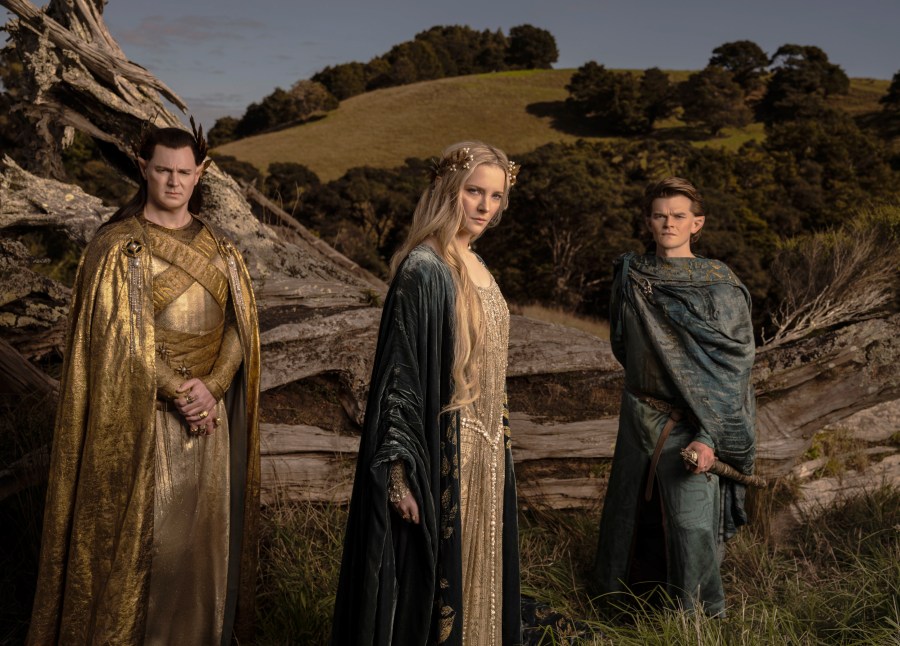 Amazon’s “Lord of the Rings: The Rings of Power” has been out for two weeks, and the audience reception continues to be lukewarm.

The series wasn’t cheap to make, either. It cost the tech giant a whopping $715 million, according to The Wall Street Journal.

So, was it worth it?

Shortly after its release, reviews were suspended on Prime Video, but have since been opened back up. On the site, it received 3.3 stars out of 5 with 13,703 viewers weighing in.

Of the many critiques, writing seems to be a major gripe.

“Mediocre,” read a review on Sept. 16. “Left a long review with compliments and complaints about the series, but Amazon didn’t like it, so I’ll keep this one short, and maybe it will pass. Good visuals, boring story, characters are dull. Hope the series gets better.”

One user called the series an “insult” to any fan of the J.R.R. Tolkien “Lord of the Rings” series and said the series just lacks overall “competence.”

Even Tesla CEO Elon Musk weighed in on Twitter.

“Tolkien is turning in his grave,” he declared.


Ismael Cruz Cordova makes history in ‘The Lord of the Rings: The Rings of Power’

However, the series does have its fans.

“As nearly lifelong Tolkien fans, my spouse and I are always primed for disappointment when it comes to adaptations. For this reason, we didn’t have high hopes for this show. We were pleasantly surprised to be wrong,” user John Herschel wrote. “The storytelling is really engaging with almost no cliché writing and no clunky shove-it-down-your-throat moralizing, and the visuals as stunning as one would hope and fully worthy of Jackson’s visually amazing trilogy.”

Of course, the user is referring to director Peter Jackson, who directed the films.

Through Rotten Tomatoes, there seems to be a major gap between the 82% average Tomatometer and 39% average audience score. The Tomatometer comes from professional critics, while the audience are the regular users.

The same rings true on Metacritic. Critic reviews gave the film a score of 71, while the user score hit a dismal 3.2 with over 1,770 weighing in.

“I’ve only watched one episode so far, and I’m conflicted,” wrote one user on the site. “On one hand, the show is gorgeous, and I appreciate the use of practical effects alongside CGI. On the other hand, the story is nonexistent, and the characters are flat. The music is forgettable, the editing is okay.”

One user seemed to see things both ways, but wasn’t completely sold.

“As a fan of all Tolkien’s writings it’s sad to see the condensed timelines and lore rewrites, but I understand the issues with obtaining the Silmarillion IP and the 3000 years the show needs to cover,” the user wrote. “I like the visuals and the acting, the cast is doing a good job with what they got, but I can’t give it 10/10 with the extreme lore inaccuracy.”

There were also some who completely loved it.

“Great costumes, amazing location art and great sets,” wrote one user. “Truly an amazing show to look at and show off that 4K TV set. Enjoying the story so far.”

With the $715 million price tag and inconsistent reviews, only time will tell if this series is a true success. At this point in time, it doesn’t seem likely.

The series plans to have eight episodes, with the finale slated for Oct. 14.

Does a change in income impact your California inflation relief check?

Fauci: ‘We are not where we need to be’ after Biden declares ‘pandemic is over’

Burglary at Crestline Christian Camp leads to 3 arrests in Crestline