Teen shot to death during street takeover in Willowbrook: Neighbors 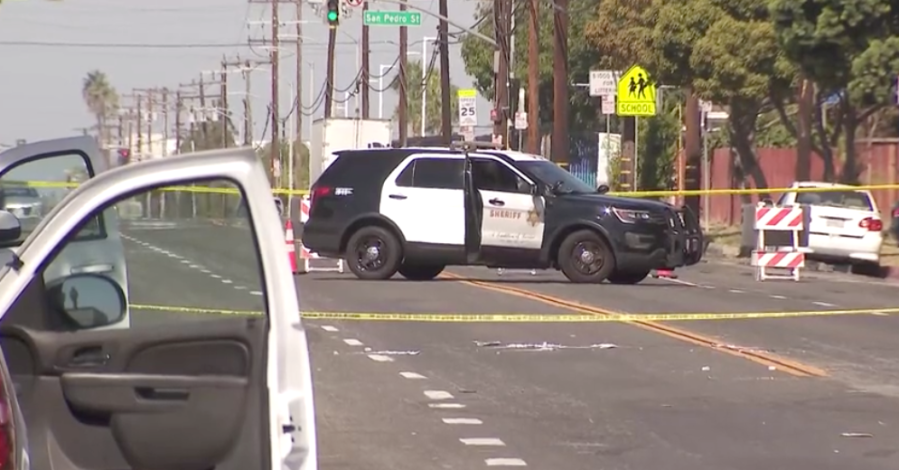 A teen was fatally shot in Willowbrook late Sunday during what neighbors described as a street takeover.

The shooting occurred just before midnight in the 13400 block of Mettler Avenue, according to the Los Angeles County Sheriff’s Department.

Deputies responded to a street racing call and a gunshot victim, and found the victim suffering from gunshot wounds, officials said without elaborating.

The victim was taken to a hospital where he was pronounced dead. He was described only as being between 15 and 20 years old. Witnesses said he was 15 and was supposed to start school on Monday.

No further details about the shooting have been released, but the incident does not appear to be gang related, authorities said.

The scene was still active Monday morning and evidence markers were used to mark several bullet casings left on the street, video showed.

Neighbors said hundreds of people gather at a parking lot in the area every weekend.

“I knew it was going to be just a matter of time before it ended up like this, and it’s sad,” one neighbor said about the shooting.

Witnesses said the victim was shot in the head and left to die.

Stephanie Horton is a nurse who lives in the area and she did all she could to keep the boy alive.

She said neighbors had alerted authorities about the takeover even before the shooting occurred, and they took “way too long” to respond.

“I just feel for that kid’s mom,” Horton said.

Anyone with additional information is asked to call the Sheriff’s Department’s homicide bureau at 323-890-5500.

Nipsey Hussle honored with star on the Hollywood Walk of Fame

1 arrest made in Rolex robbery, pistol-whipping in Rowland Heights

Biden to stop isolating after testing negative twice for COVID-19

McDonald's testing Chicken Big Mac: Here is what we know about it