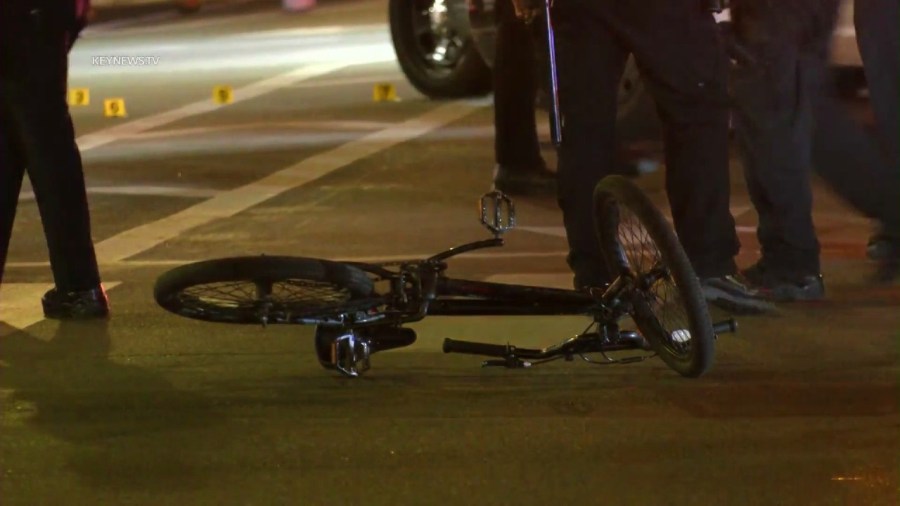 Police shot and killed a man suspected of trying to carjack a vehicle and pointing a handgun at several people in Pacoima Sunday night.

“According to the 911 calls, the suspect attempted to carjack a motorist here at the intersection of Laurel Canyon and Van Nuys boulevards, in addition to pointing his handgun at several people here,” Los Angeles Police Department Sgt. Bruce Borihanh said.

The suspect allegedly shot at responding officers, who returned fire, the Police Department stated on its Twitter account.

The suspect was struck and then transported to a local hospital, where he was pronounced dead.

Investigators have not identified the gunman but did describe him as a man in his 20s.

A handgun believed to belong to the suspect was found at the scene, police said.

Video from the scene showed a bike down in the street where police were investigating the incident.

It was unclear if the bike belonged to the suspect.

Police are searching for any surveillance video from local businesses that may help in the investigation.

No other injuries were reported.

Coming Soon To Hulu! Is Ethan A Reference To The Da Vinci Code? Find Out Here