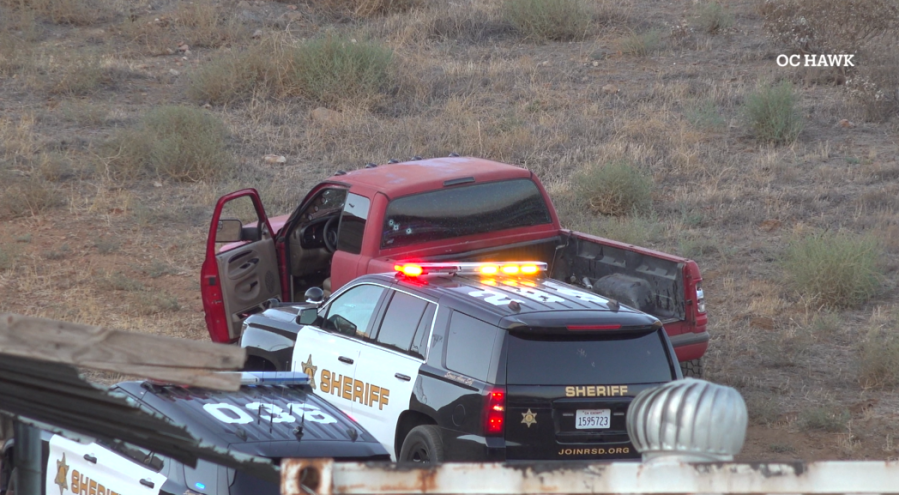 A Riverside County Sheriff’s deputy was hospitalized after he was dragged by a suspect who fled a traffic stop in Jurupa Valley Saturday, authorities said.

Around 5:30 p.m., deputies stopped a red pickup truck in the area of Dodd Street and 48 Street and ordered the driver to get out of the car.

“The driver became uncooperative, re-entered his vehicle, and sped away dragging a deputy a short distance,” the sheriff’s department said in a news release.

Deputies chased the suspect, ending on a steep hillside in the 3600 block of Conning Street.

“Deputies exited their vehicles and attempted to call the suspect out of his vehicle. The suspect reversed his vehicle in rapid acceleration in the direction of the deputies, resulting in a deputy-involved shooting,” authorities said.

The suspect, identified as Jeovanni Ramirez, 31, was not struck by gunfire.

He was taken into custody on charge of assault with a deadly weapon.

The injured deputy was taken to a local hospital and treated for non-life-threatening injuries.

‘If you love martial arts, you’re going to love this place’: Dragonfest returns for 16th event

Grand jury declines to indict woman in Emmett Till killing