Suspect arrested after plowing through street carnival in South L.A. 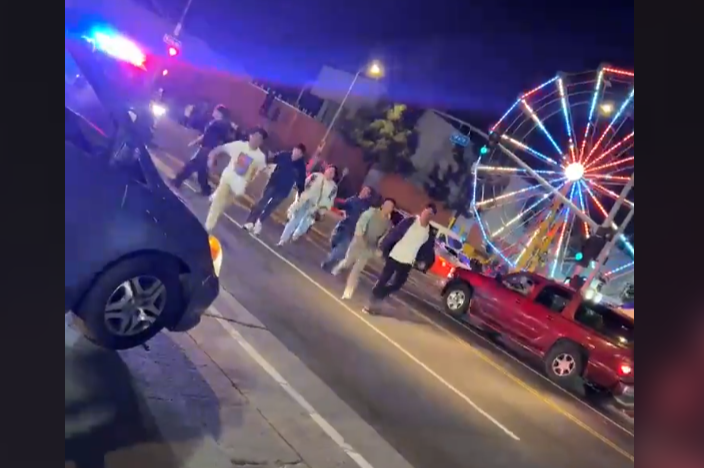 Authorities announced the arrest of a man who is suspected of driving into a crowd at a street carnival in South Los Angeles Saturday evening, injuring at least six people.

According to Officer Mike Lopez, with the Los Angeles Police Department, Steven Weems, who is 20-30 years, old has been arrested in connection to the incident.

Carnival goers say they were waiting in line for rides when they heard a loud boom that sounded like possible gunshots. People were screaming and running in all directions after the sound.

Hundreds of attendees were present at the carnival when the suspect drove through the crowd of about 2,000 people, according to the Associated Press.

Citizen video captured the chaotic scene as carnival guests ran away from the event while scrambling to safety amid loud sirens.

The victims, all between the ages of 30 and 50, were transported to a local hospital. Specific conditions were unavailable, but none of the injuries were believed to be life-threatening, authorities said.

Weems was charged with felony hit-and-run and was being held on $50,000 bail, Officer Lopez told KTLA, and added that police are no longer looking for any other suspect in the case.

Yo Gotti and Angela Simmons Spotted Out Together In NYC [Video]

10 injured when drop ride breaks, crashes to the ground in India (video)