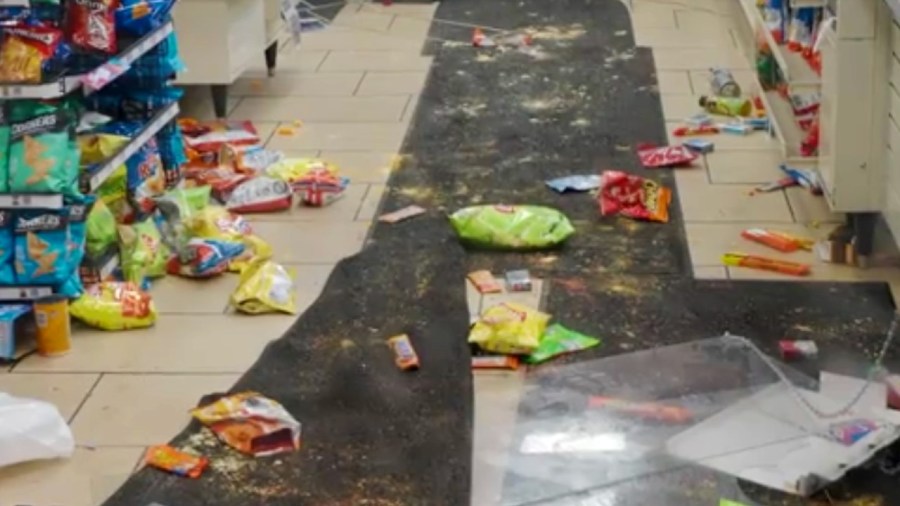 Police were called to a 7-Eleven store in the Harbor Gateway neighborhood of Los Angeles after a mob ransacked the location during an apparent street takeover early Monday morning.

Officers could be seen entering the looted convenience store near the intersection of West El Segundo Boulevard and South Figueroa Street around 12:45 a.m.

Knocked over stands of candy and chips could be seen inside the store, with open wrappers and drinks left outside in the parking lot as well.

Cash registers had also been destroyed but it was unclear if any money was taken.

Nearby resident Lisa Trafton said she heard cars doing donuts in the street as she was getting ready for bed.

“I came down the street and there were cars everywhere … cars were just going everywhere,” Trafton said.

Trafton didn’t know the 7-Eleven had been hit when she decided to go get a soda and saw that it had been “totally trashed.”

“I guess they tried stealing everything out of the store,” Trafton said.

Tire marks from the street takeover could still be seen in the intersection as police investigated the incident.

It was unclear if any arrests had been made.

Best Things to Do in One Day – Cruise Maven

How do I know if I have a Pell Grant?