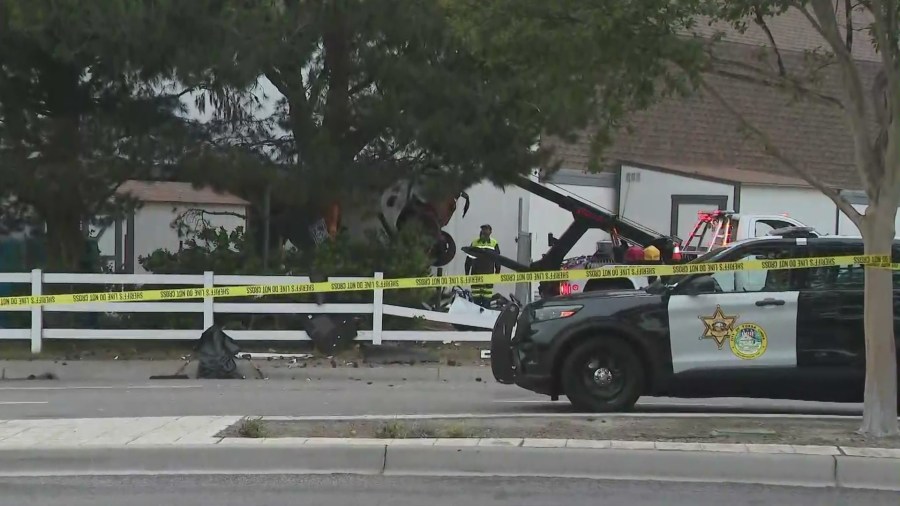 A woman died when her vehicle slammed into a tree in front of a church in Yorba Linda early Sunday morning, authorities said.

The crash was reported around 12:40 a.m. in the 1800 block of Yorba Linda Boulevard near Summit Drive.

According to the Orange County Sheriff’s Department, the driver was speeding when her vehicle went airborne, slammed through a fence, and crashed into a large tree outside the Crosspoint Church.

She was pronounced dead at the scene.

The cause of the crash was under investigation and the driver’s identity was not immediately released.

Teen struck and killed intentionally by 2 vehicles in Florence; suspects at large