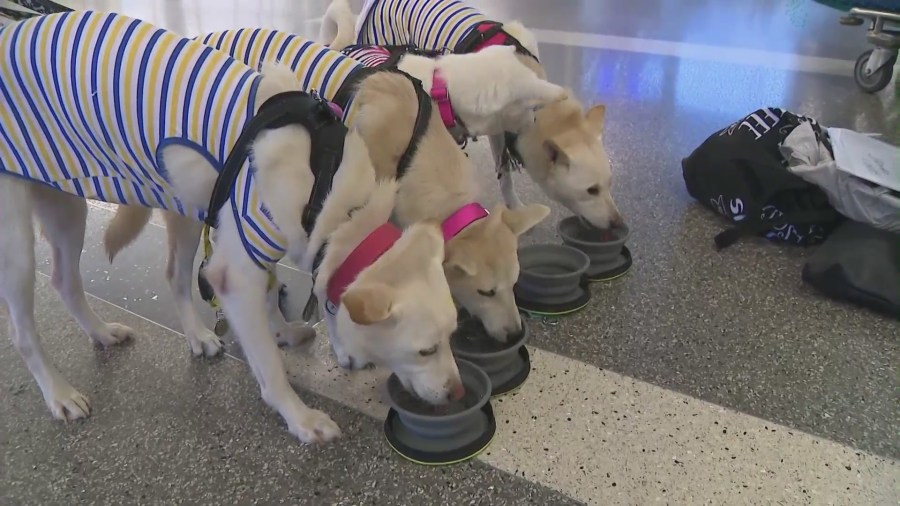 The dogs, Astra, Crescent, Amira and Hamlet, are survivors twice over, first from the dog meat trade in South Korea and then from a fire last August at the Korean rescue center where they were being housed.

Twenty of the 100 dogs died in the blaze.

The organizations In Defense of Animals and Jindo Love Rescue saved the canines, though they mourned another dog, Pobee, who was supposed to be adopted but died in the fire.

“Our mission is to rescue and save as many as possible, and in six years, we’ve rescued over 1,000,” said Jindo Love Rescue President Patti Kim.

The dogs mainly are rehomed in the the U.S. and Canada, such as new pet parent Jon Legendre.

“One of the things that’s really cool is they allow people that don’t necessarily live near a major airport to get a dog from them, so a lot of the rescues require you to live in L.A. or by JFK. We live in Colorado. It’s a little bit of a trip for us, but we’re happy to come out here to do it,” Legendre said.

The Queen’s funeral: Key moments and what they symbolized