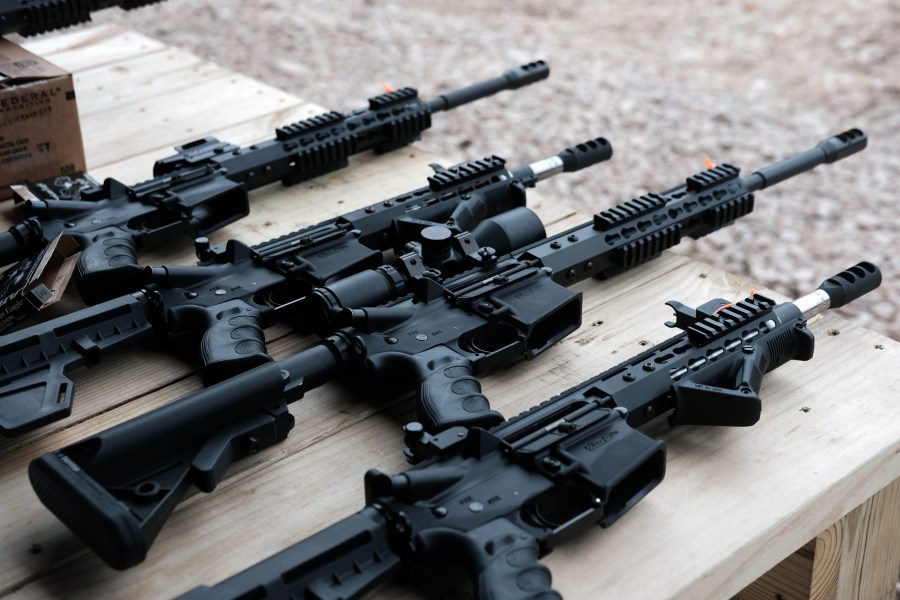 Two Southern California men have pleaded guilty to operating a business that built and sold unserialized AR-15-type guns, according to the U.S. Department of Justice.

The men, 37-year-old Travis Schlotterbeck of Fountain Valley and 29-year-old James Bradley Vlha of Norco, pleaded guilty on Thursday to “a charge of conspiracy to engage in the business of manufacturing and dealing in firearms without a license,” the DOJ said in a press release.

Schlotterbeck also pleaded guilty to selling a firearm to a convicted felon, as he sold a rifle to an informant “while being aware that the informant had previously been convicted of a felony,” authorities said.

The guns were sold based on custom orders received between 2015 and 2017, with prices ranging from $1,500 to $2,000 per gun. The men ran their operation out of two Schlotterbeck-operated businesses in Bellflower, Sign Imaging and Live Fire Coatings.

“Neither the businesses nor the defendants had a federal firearms license to engage in the manufacture or sale of firearms,” the press release explained.

Not only were these firearms “ghost guns,” as the lack of a serial number prevents them from being traced, but they also were capable of being used with high-capacity magazines, the DOJ added.

The men are scheduled to be sentenced on Nov. 17. The conspiracy charges can result in up to five years in prison, while the selling a firearm to a felon carries a maximum sentence of 10 years.

Hundreds of sea lions are taking over a Ventura County beach