Sleep problems grew so pronounced during the pandemic, there was a name for it — coronasomnia. 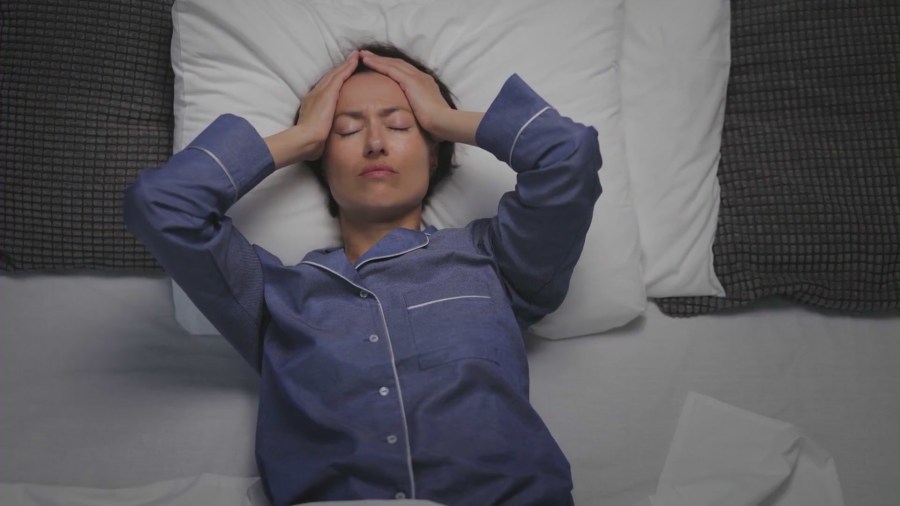 Having trouble sleeping? You’re not alone.

Sleep problems grew so pronounced during the pandemic, there was a name for it — “coronasomnia.”

“This is going to be insomnia directly related to the pandemic itself – specifically focusing on some of the depression, some of the loneliness, some of the anxiety and stress that occurred during our pandemic,” explains Dr. Raj Dasgupta, a sleep researcher at USC.

“Nightmares,” says Dasgupta. “I’ve been seeing more nightmares throughout this pandemic, and that’s not surprising.”

Dasgupta and other sleep experts liken difficulties sleeping during the pandemic to insomnia that followed 9/11. They cite a state of hyper-vigilance that’s hardwired into us in response to danger.

“Being asleep is actually associated early on in our evolution with being eaten by our predators,” says Dr. Alon Avidan, Director of UCLA Sleep Disorders Center.

That defense mechanism is no different when a predator is microscopic.

“It is part of evolutionary survival to have the ability to remain awake when you’re facing danger,” says Avidan.

And, not coincidentally, these are boom times for the multibillion-dollar sleep industry.

An estimated $74 billion was spent worldwide on sleep-related products last year. By 2030, the market is projected to grow to nearly $125 billion. In 2020 alone, $826 million was spent on melatonin. That’s up 43% from the year before.

Most sleep experts say your best bet for catching quality sleep is a technique called cognitive behavioral therapy, or CBT. It’s a way to recognize and remedy patterns of behavior that may be working against you.

In Britain, there’s a CBT app called Sleepio that the country’s National Health Service is using to treat chronic insomnia. This first-of-its-kind digital therapy is being offered as well to U.S. health plans.

“CBT is really about ways of addressing the racing mind and ways of establishing a reliable sleep schedule so that we begin to sleep kind of automatically again, a bit like good sleepers do,” says Colin Espie, a University of Oxford professor of sleep medicine and Sleepio designer.

Sleepio’s artificial intelligence approach to insomnia was found in clinical trials to actually be more effective in some cases than taking sleeping pills.

“It becomes like an engaging process with a virtual therapist, but one that can be there with you all the time,” says Espie.

The Sleepio program is designed to last six weeks. For those seeking faster tickets to Dreamland, here are some tips:

And even though you’re programmed to be restless during times of danger, keep in mind that coronasomnia is not in fact a lion stalking you as you toss and turn.

“That is just a reminder that we live in a very uncertain world,” says Avidan.