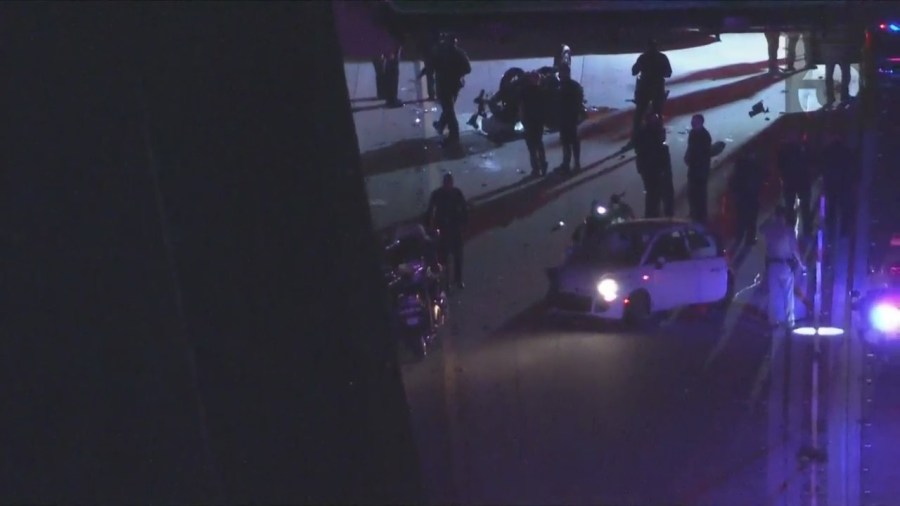 A crash on the Southbound 110 Freeway in the Vermont Vista area of South Los Angeles has injured a Los Angeles Police Department officer, officials said.

The crash at 8:06 p.m. occurred near 11th Place and involved a motorcycle and another vehicle, according to Nicholas Prange of the Los Angeles Fire Department.

The collision, which was also near the 105 Freeway, left the officer in unknown condition, and they were transported by ambulance to a local hospital, according to LAPD Officer Hernandez.

A SigAlert was issued for the 110 Freeway near the interchange with the 105, and all traffic was diverted to the 105, the California Highway Patrol said.

It will remain in place “until further notice,” the CHP added.

Aerial footage from Sky5 showed long lines of traffic that were stopped due to the SigAlert.

Kelis Accuses Beyoncé of Theft, Says She Sampled Her Record on ‘Renaissance’ Without Her Knowledge [Video]