She crossed the 101 and survived the Woolsey Fire, but a treatable disease killed this mountain lion 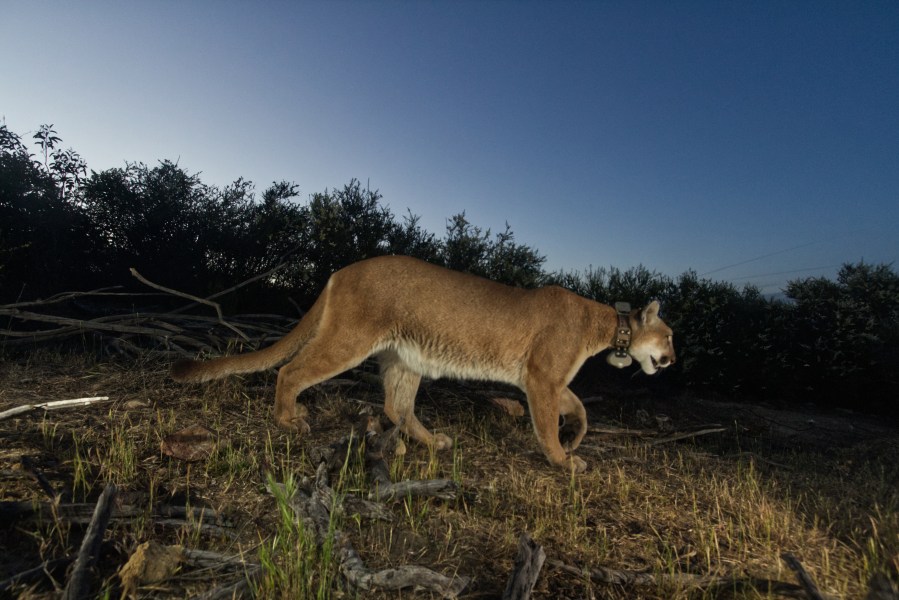 Biologists are remembering the life of a female mountain lion that died earlier this year from a treatable disease.

P-65 was one of dozens of mountain lions who have been collared and tracked during a decadeslong research study by the National Park Service.

Throughout her life, scientists marveled at her movements and called her an “interesting cat to study.”

In March 2018, she was caught and collared in the Santa Monica Mountains as part of the study.

Her entire home range was found to be within the burn perimeter of the deadly Woolsey Fire, which burned more than 96,000 acres and killed three people in November 2018. She survived by staying in a southeast section of the fire’s perimeter where there were pockets of unburned land.

In the summer of 2019, she became only the second tracked female mountain lion to cross the 101 Freeway. She’s believed to have run across the roadway in Simi Hills, not far from where the Wallis Annenberg Wildlife Crossing is currently being built. She crossed the freeway again a few weeks later and returned to the Santa Monica Mountains.

She lived an eventful life and fascinated wildlife biologists until she was found dead earlier this year on March 4.

So how did she die?

When she was found, researchers noticed she had severe symptoms of mange. The skin disease is caused by mites and is known to affect other big cats like bobcats, but has also been documented in squirrels and rabbits, the National Park Service said.

P-65’s mange case was extreme. She had hair loss and crusty skin across her body, particularly on her face and head. She was also extremely emaciated, apparently starving from complications from her disease.

It’s not unusual for mountain lions to contract mange. It’s a treatable disease that requires a topical medication to clear up the infection, but researchers weren’t aware of her condition until after her death.

“We’ve had several radio-collared mountain lions that have contracted mange in the past, although in previous cases we were able to treat them with a topical anti-parasitic medicine,” said Jeff Sikich, a wildlife biologist with the National Park Service. Sikich leads the fieldwork on the mountain lion project. “All of these animals recovered from their mange disease as best as we could tell from remote camera photos or later examination.”

She’s the very first mountain lion in the more than 20 yearslong study to die from mange, the NPS said.

A necropsy and toxicology reports found that P-65 had also been exposed to “anticoagulant rodenticide,” a commercially available rat poison.

Rodenticide has been blamed as a significant cause of mountain lion and bobcat deaths over the years and is widely considered a threat to the greater wildlife population. Rats that ingest the poison are eaten by larger animals, who then themselves become poisoned.

Virtually every mountain lion tested as part of the study has tested positive for some type of rodenticide, biologists say.

The problem is so vast that wildlife researchers and advocates have called for homeowners and landowners to stop the use of anticoagulant rodenticide in hopes of preventing more wildlife deaths.

But now research from the National Park Service and UCLA shows there might be a connection between rodenticide exposure and immune system impacts on big cats both physiologically and genetically.

With most mountain lions testing positive for some form of rodenticide, and many documented cases of mange within the study population, it’s likely a bit alarming for researchers.

P-65 gave birth to three cubs in 2020. Two were collared as part of the continuing study. Both of her captured cubs, P-89 and P-90, were found to also be suffering from mange, but were treated by researchers and recovered.

Sadly, both of her cubs died after being struck by vehicles on local highways earlier this year, bringing a likely end to the lineage of one of Southern California’s great survivors.

L.A. landmarks to light up red for World AIDS Day