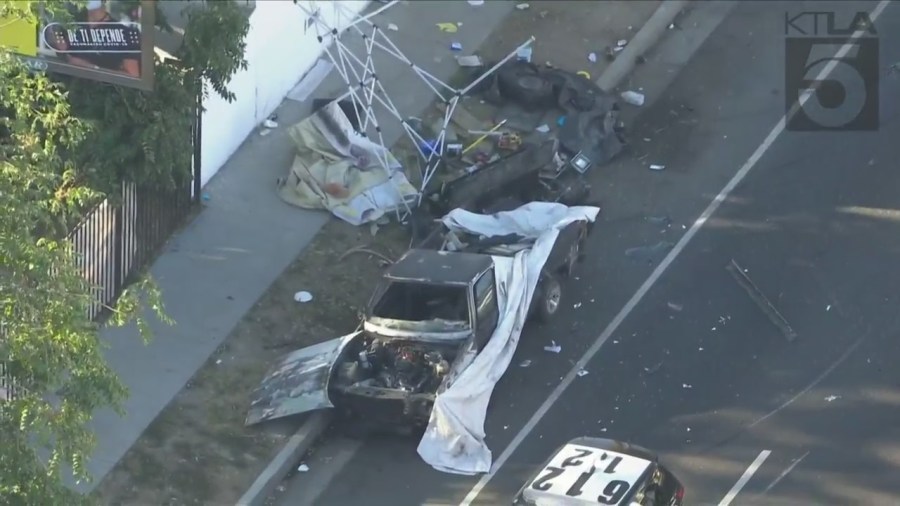 Several vehicles were damaged and a man was taken to the hospital by ambulance after a police pursuit ended in a crash Monday afternoon.

The crash happened at 4:51 p.m. near the intersection of 79th and Main streets in the Florence neighborhood of South Los Angeles, according to the Los Angeles Police Department.

Only minutes earlier, police engaged a vehicle in pursuit. That vehicle apparently crashed into several other vehicles, police said.

Debris from multiple damaged vehicles could be seen in video captured by Sky5.

At least one ambulance was requested to respond to the scene to transport a man in his 30s to the hospital. It’s unclear if the injured man was the driver involved in the pursuit or a bystander.

No police officers were involved in the crash, the LAPD added.

No further details were made available.

McDonald’s may be resurrecting a Halloween favorite