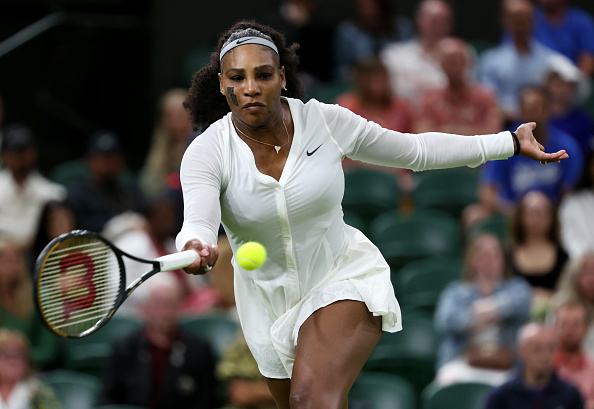 Serena Williams is ready to say goodbye to the game of tennis, but on her terms.

In an essay for Vogue magazine, the 23-time Grand Slam winner said doesn’t like the word “retirement” and instead wants to think of this as a “transition.”

“Maybe the best word to describe what I’m up to is evolution,” she penned. “I’m here to tell you that I’m evolving away from tennis, toward other things that are important to me.”

The Compton-native explained that she quietly started Serena Ventures, a venture capital firm.

“Every morning, I’m so excited to walk downstairs to my office and jump onto Zooms and start reviewing decks of companies we’re considering investing in,” she explained. “We’re a small, but growing firm of six people scattered between Florida, where I mainly live, Texas, and California.”

She also revealed how she and husband Alexis Ohanian plan to expand their family by having another child.

“In the last year, Alexis and I have been trying to have another child, and we recently got some information from my doctor that put my mind at ease and made me feel that whenever we’re ready, we can add to our family,” she said. “I definitely don’t want to be pregnant again as an athlete. I need to be two feet into tennis or two feet out.”

In 2017, many didn’t realize that Williams was two months pregnant when she won the Australian Open.

“Unfortunately, I wasn’t ready to win Wimbledon this year,” Williams wrote. “And I don’t know if I will be ready to win New York. But I’m going to try. And the lead-up tournaments will be fun.”

Williams didn’t announce exactly when she plans to step away, but she hinted that it would be soon. Her announcement comes a day after the 40-year-old won her first singles match in 430 days at the Canadian Open in Toronto.

“I’m not looking for some ceremonial, final on-court moment. I’m terrible at goodbyes, the world’s worst,” she wrote. “But please know that I am more grateful for you than I can ever express in words. You have carried me to so many wins and so many trophies. I’m going to miss that version of me, that girl who played tennis. And I’m going to miss you.”

This is a developing story and will be updated.

Misfired rockets may have killed over a dozen in Gaza battle

Fairview Fire expected to be fully contained by Monday