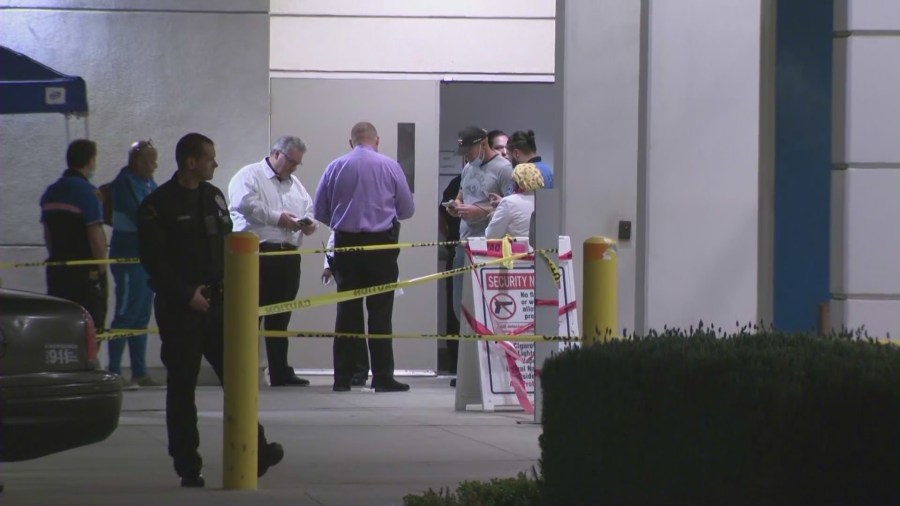 Twenty-four hours after a nurse was brutally stabbed in the lobby of Mission Community Hospital in Panorama City, much is still unknown about the attacker or why he targeted the 49-year-old woman.

The woman, who has not been identified at this time, is said to be in stable condition, but her attacker is still out in the world, while police try to locate him.

On Tuesday, security was beefed up at the hospital following the previous night’s violent attack.

It happened around 6:30 p.m. when the unknown assailant attacked the nurse who was arriving for her shift. She was stabbed multiple times in the neck and transported to the hospital with major wounds.

The hospital was immediately placed on lockdown while authorities combed the area looking for the man.

“In L.A., I feel like there’s always something happening,” said one patient at the hospital who was at the facility when it went into lockdown. “Just depends where you are.”

Dr. James Higgins had just shown up at the hospital when he was escorted away. He said he saw his colleague’s blood on the ground.

Mission Community staff are credited with taking immediate action to save their wounded colleague.

Authorities believe the knife-wielding figure may be a drifter who lives nearby at a homeless encampment.

Witnesses describe the man as Hispanic, between 40 and 50 years old with a white and gray beard and mustache. He is about 5 feet 7 inches tall and 140 pounds and was last seen wearing all black, including a hoodie, shirt, hat and backpack.

Police investigators say they do not intend to release any security footage of the suspect at this time.

‘Fire tornadoes’ seen on video during brush fire near Castaic