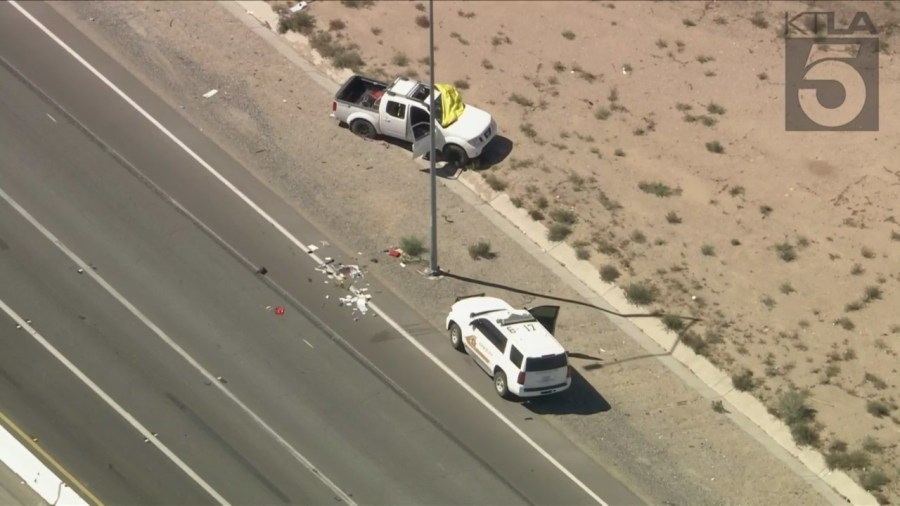 The southbound side of the 15 Freeway remained closed through Hesperia Wednesday morning after a shootout left a homicide suspect and his 15-year-old daughter dead a day earlier.

A SIG Alert for the freeway closure beginning at Main Street was issued at 4:44 p.m. Tuesday and was expected to continue for 24 hours, according to the California Highway Patrol’s traffic incident log.

Drivers were directed to exit the southbound 15 Freeway at Bear Valley Road and travel westbound to Highway 395 where they would head southbound until it merges back into the 15 Freeway.

The closure was issued amid an investigation into the deadly shootout that occurred around 11 a.m. Tuesday near the Main Street offramp.

Graziano was killed in the shooting. Authorities said that Graziano’s daughter was also killed when she ran out of her dad’s pickup truck apparently wearing tactical gear and was shot.

Anthony Graziano was a suspect in the killing of his estranged wife, 45-year-old Tracy Martinez, and abduction of his daughter in Fontana on Monday.