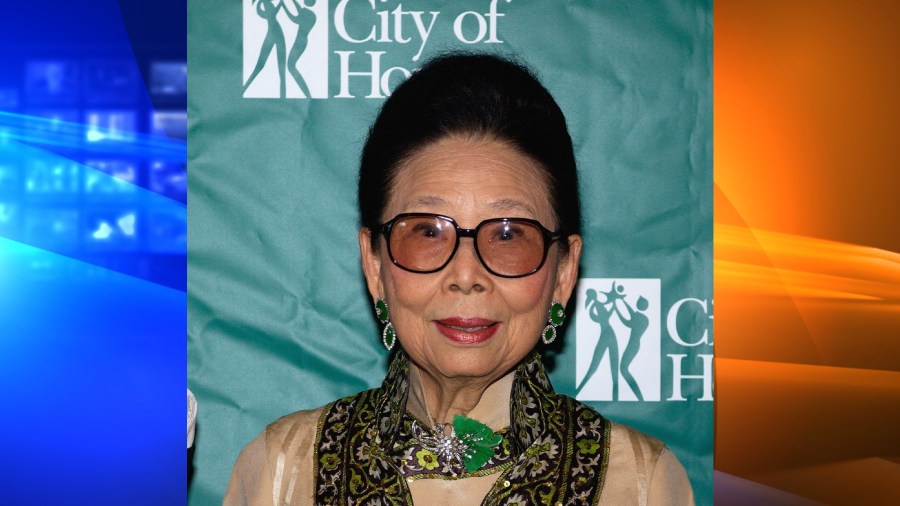 Sylvia Wu, whose famed Southern California restaurant drew Hollywood’s biggest stars for four decades, has died at age 106, according to a news report.

Madame Wu’s Garden on Wilshire Boulevard in Santa Monica became a dining destination shortly after it opened in 1959, popular for its cuisine and pagoda-style decor featuring jade statues, a stone waterfall and a koi-filled fountain.

Madame Wu herself was known for wearing a floor-length silk gown while alternately greeting Tinseltown’s elite and picking up the phone to take to-go orders.

Madame Wu said she was inspired to open the restaurant after arriving from China and finding only heavy faux-Cantonese dishes.

“Chop suey everywhere,” she complained to USA Today. “All you see are chop suey houses.”

“Everybody in this town knows Madame Wu,” the late television host Merv Griffin once told the newspaper. “One of the dearest, sweetest, most elegant women I’ve ever known.”

After she closed the restaurant in 1998, she immediately regretted the decision and opened Madame Wu’s Asian Bistro & Sushi. That restaurant didn’t last, but affection for Madame Wu persisted. When she turned 100 in 2014, her old customers filled up a hotel ballroom for her birthday party.

Born Sylvia Cheng on Oct. 24, 1915, she grew up in Jiujiang, a city southwest of Shanghai where she learned to cook while watching the maid prepare meals for her well-to-do family.

The family moved to Shanghai and then Hong Kong. During World War II, she took an ocean liner to New York City.

“I don’t know how I had the courage,” she later recalled. “I had no family in America. The trip took 40 days, and because of the war there was a blackout all the way.”

While pursuing an education degree at Columbia University, she met King Yan Wu, a successful chemist. They married, had three children and moved to LA, where he took an engineering job at Hughes Aircraft Co. and she became a restaurateur.

She also wrote cookbooks, appeared regularly on television and became active with charity work, particularly at City of Hope cancer center after her daughter, Loretta, died of breast cancer at 34.

Wu is survived by sons George and Patrick and numerous grandchildren, according to the Los Angeles Times. Her husband died in 2011. The two had been married 67 years.