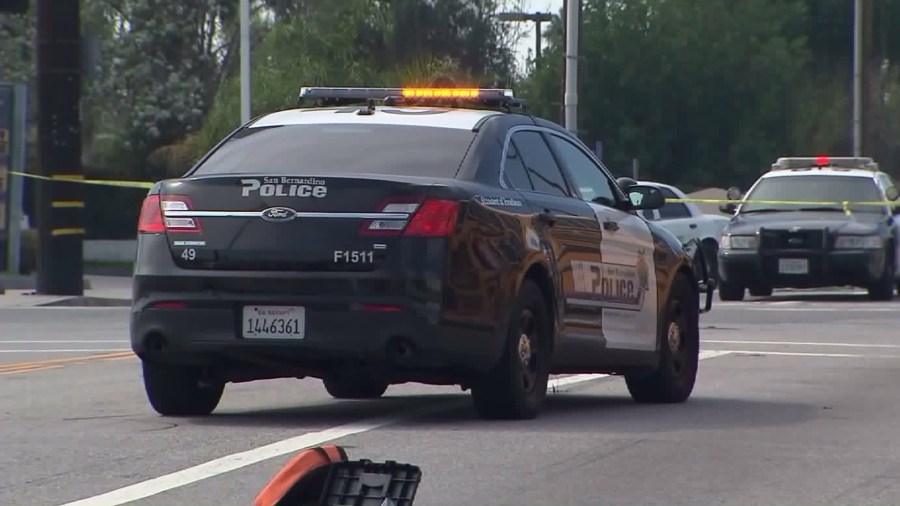 The man, whose name and age have not been released, was the subject of a domestic violence call at about 7:15 p.m., police said.

When officers arrived to the scene in the 400 block of South E Street, they found a woman that had “sustained traumatic injuries to her face,” police said in a news release.

The woman identified the man as her attacker and pointed officers toward the 1300 block of West Mill Street, where they found the alleged attacker.

The man pointed a gun at officers, and after “an exchange of gunfire,” the man was struck and taken to a local hospital, where he died, police said.

No one else was struck by gunfire, and police found a ghost gun, extra magazines and an extended magazine, police said.

The woman, meanwhile, was taken to a local hospital, and she will require surgery for her wounds.

3rd suspected ‘follow away robber’ arrested while in court on different case: Police