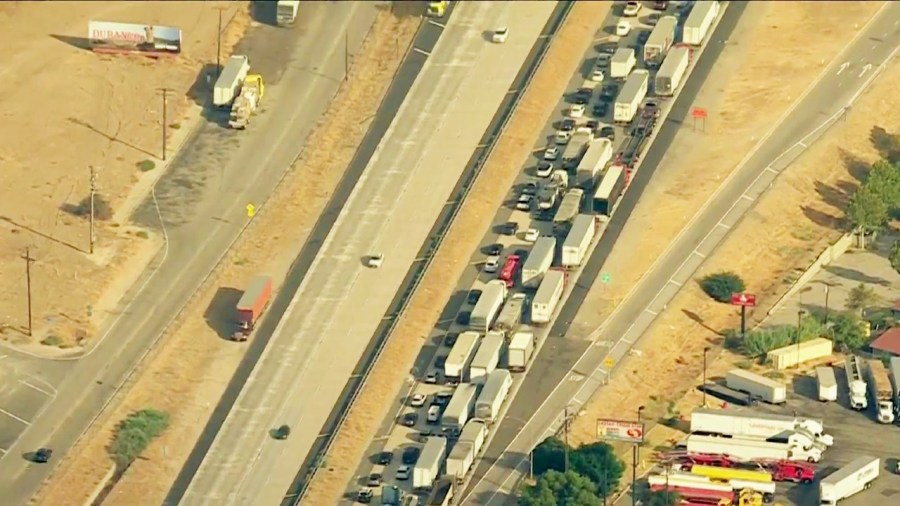 After a full closure Wednesday night, officials had reopened the freeway Thursday morning, but the relief to commuters would prove to be only temporary.

Aerial video from Sky5 around 8:15 a.m. showed the northbound side of the freeway had been reduced to one lane to allow fire crews to access the area.

The lane reduction extended from Lake Hughes Road to Templin Highway, according to a tweet from Caltrans.

Video showed trucks and cars at a virtual standstill all the way back to Parker Road as of 8:30 a.m.

Vehicles on the southbound side of the 5 Freeway, which reopened earlier Thursday morning, appeared to be moving smoothly.

It was unclear how long officials planned to keep the northbound side reduced to a single lane.

Drivers who tried to use San Francisquito Canyon Road as an alternate ran into another headache.

An Amazon truck failed to navigate a turn, prompting officials to shut down that roadway in both directions since around 12:30 a.m.

The Route Fire erupted south of Castaic Lake along the 5 Freeway Wednesday.

As of Thursday morning it had burned 5,208 acres and was 12% contained.