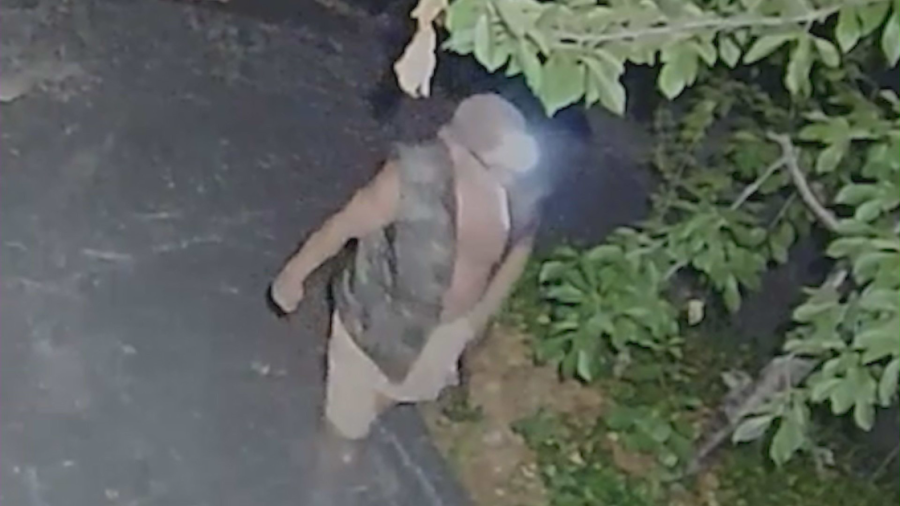 Residents in the mountain community of Forest Falls are fed up.

They say one of their neighbors has been terrorizing them for more than 10 years.

He leaves disturbing notes, peeks in windows, is out all hours of the night yelling obscenities and has even threatened a woman’s life more than one time, they said. The man has wreaked havoc and instilled fear in the neighborhood.

“Last time I walked my husky up the hill, he shouted at me and said he was going to kill me,” one resident, who didn’t want to be identified, told KTLA. “I have not walked up my street since then.”

“I fear daily. I am a prisoner in my own house,” another said.

Yet another woman said her daughters would see shadows in their windows at night. At first she thought it was bears, until she saw the cigarette butts outside.

The woman, who wanted to be identified by the pseudonym Ella, said she put up surveillance cameras outside her home and realized it was the man.

A video Ella shared shows the man approach her door with his dog, yelling racial slurs and profanities and appearing to try and open her door before leaving.

Many believe the man suffers from mental illness. Some have alerted authorities, but most of the time, deputies don’t bother, residents told KTLA.

“I’ve got a whole stack of business cards from the Sheriff’s Department who come up and just say ‘well, he wouldn’t come to the door, so we’re not going to even try to arrest him for violating,’” the first neighbor said.

The San Bernardino County Sheriff’s Department said the man has called to report a break in at his home, but authorities determined there was no burglary and he was arrested after records showed he had nine outstanding warrants out, seven of them for disobeying a court order.

“It’s a very scary situation to have a loose cannon who we believe could possibly hurt someone,” Ella said.

Two Air France Pilots Suspended After Getting Into Tussle In Cockpit

What other states understand about merging that California doesn’t

Newsom to sign bill that protects abortion providers, patients from other states