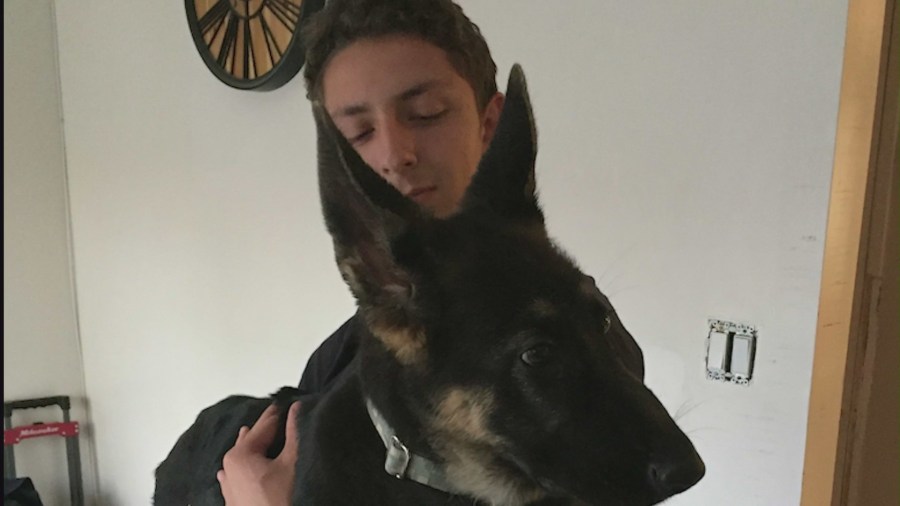 A family in Reseda says animal control officers have been harassing them, trying to remove their autistic son’s emotional support animal from their home after the dog got in a fight with another dog last year.

Hagit Hen has Ring doorbell video that she says shows Los Angeles Animal Services fourth attempt to remove the dog from her property.

Hen’s 13-year-old son Shiel has autism and “Max” is his emotional support animal.

“Max loves me, and he kisses me and he licks me. I know. He’s my best friend. And I don’t want animal control to take away Max, because I will be sad,” said Shiel, who has had the German shepherd for 7 years.

In 2020, Animal Control was notified after Max got into a fight with another dog.

“Max nipped another dog. So, you know, two dogs fighting animal control came over. They gave us a warning,” Hen said.

In August 2021, Max nipped at another dog, causing what they said were minor injuries.

That’s when Hen and her husband decided it was time for a muzzle and a double leash to make sure it didn’t happen again.

Animal Control officers showed up to take a report about a week later.

“The officer came, he was impressed that we got him on the muzzle and everything and he himself said, ‘you know, because it’s the second time I don’t think it will go for a hearing. Usually third time goes for a hearing,’” Hen said.

She said she didn’t hear another word about Max until they got home from vacation on the evening of Jan. 4. When she checked the mail, Hen saw a notice of a hearing about Max that had happened that morning.

After months of trying to get another hearing, the Hen family hired an attorney who says the city did not properly notify them of the hearing.

Attorney Jill Ryther says that although the hearing notice was dated November 29, it was postmarked on Dec. 24 at 8 p.m. which did not give the 10 days required by city ordinance to notify someone of a hearing date.

Henn says Animal Control officers continue to show up to try to take Max and their behavior is getting more threatening.

The family is now planning to sue the city.

“This is an active investigation to enforce a Notice of Order resulting from a Dangerous Animal Hearing. As the investigation is ongoing, we have no other information to share and, therefore, declining the interview request.”

IRS is refunding $1.2 billion; who is eligible and when you can expect to get paid