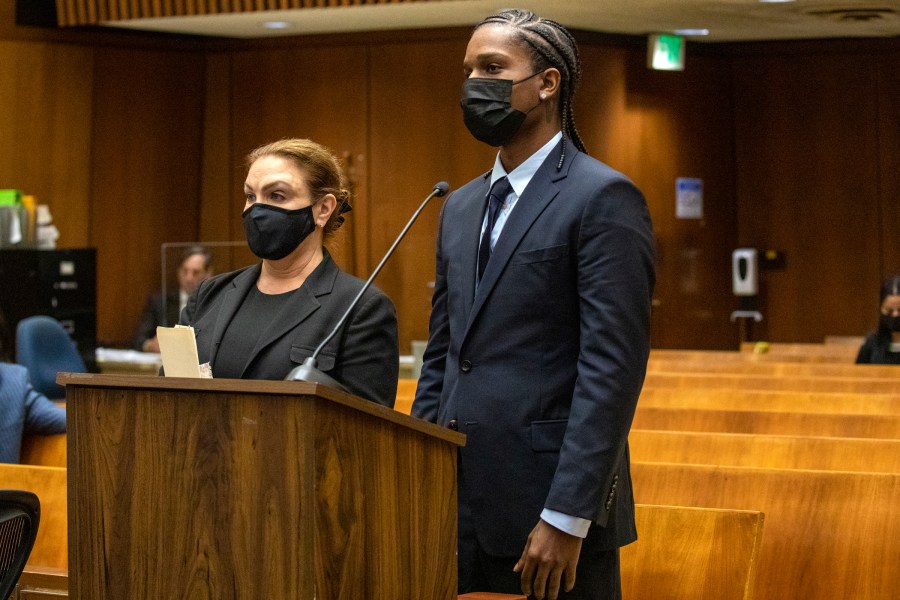 Rapper A$AP Rocky has pleaded not guilty to felony assault with a firearm charges stemming from a 2021 confrontation in Hollywood.

He is accused of drawing a gun and firing it twice in the direction of a former friend during an argument in Hollywood in November 2021. He pleaded not guilty Wednesday to two counts of assault with a semiautomatic firearm and ordered to return to court on Nov. 2.

Los Angeles Superior Court Victoria B. Wilson ordered the rapper, whose legal name is Rakim Athelaston Mayers, to stay away from the former friend.

Mayers and two other men fled after he fired the gun, police said. He was first arrested in the incident at Los Angeles International Airport on April 20, and was released on bail the same day.

He is in a relationship with Rihanna, and the two had a son in May. Both have become as known for fashion trendsetting as for their music.