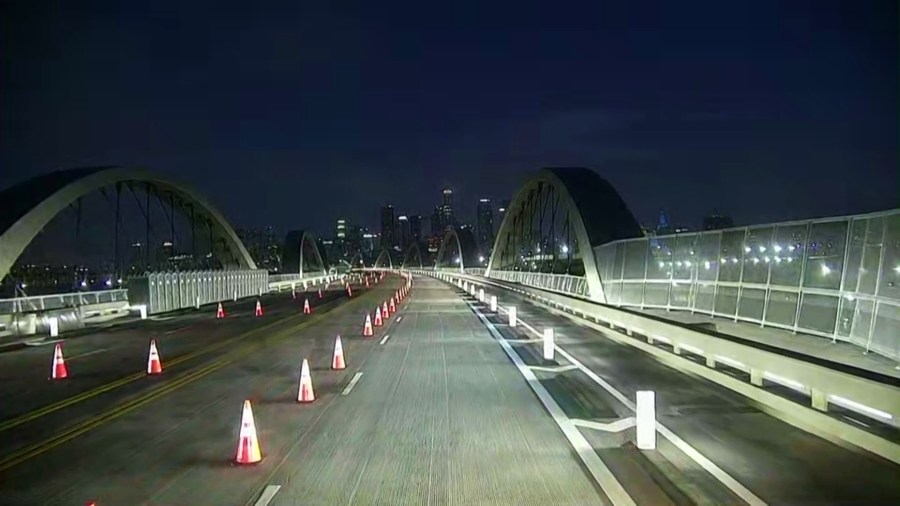 The new 6th Street Bridge continues to be mired in controversy as the Los Angeles Police Department was forced to close the bridge for the third consecutive evening Sunday.

The LAPD tweeted around 7:20 p.m. that the bridge would be closed due to what was being called “questionable activity.”

It’s the third time in as many days that the bridge was closed due to illegal activity.

The first closure was due to a traffic collision, police said. A pickup truck parked in a no-parking zone was struck by another vehicle. On Saturday, the roadway was closed again due to illegal activity and disruptions by people who police say were looking for attention from social media.

The $588-million bridge that connects Boyle Heights to downtown L.A. has been plagued by street takeovers, drag racing and climbers since it opened to the public earlier this month. Last week, an explosive was hurled at a KTLA reporter during a live report about a recent closure.

City councilors have called for increased patrol on the bridge and some residents have lambasted their neighbors for a lack of “civic pride” for the architectural marvel.

Police have vowed to take a more proactive role in curbing the delinquency and fencing was added around some of the bridge Saturday in an effort to stop climbers.

Video from Sky5 appeared to show the bridge closed only to vehicle traffic as of 8 p.m.

It’s unclear why the bridge was closed Sunday night or for how long it would be shut down.

These American staple foods are banned in other countries

$1.3B lottery ticket winner has just days to make a decision