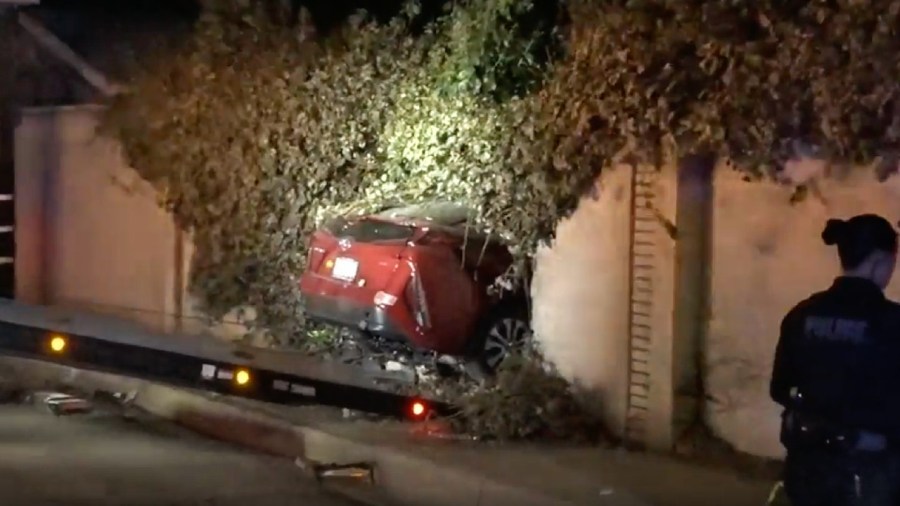 An out-of-control Prius stopped just feet away from a bedroom after it crashed through a brick wall in Pomona Sunday night.

The incident was reported near the intersection of Orange Grove Avenue and Fairplex Drive at 11:46 p.m., a Pomona Police Department spokesperson confirmed.

Arriving officers found a hole in a brick wall that surrounded a property before locating a Prius in the yard beyond the wall.

The car stopped about 10 feet short of a bedroom, video from the scene showed.

Investigators initially believed the driver was just unfamiliar with the area and lost control of his vehicle but he was later arrested on suspicion of DUI, the spokesperson said.

The unidentified suspect complained of some pain but was not seriously injured and no one inside the home was hurt in the incident, according to the spokesperson.

Things Get Heated Between Cardi B and Akbar V Online