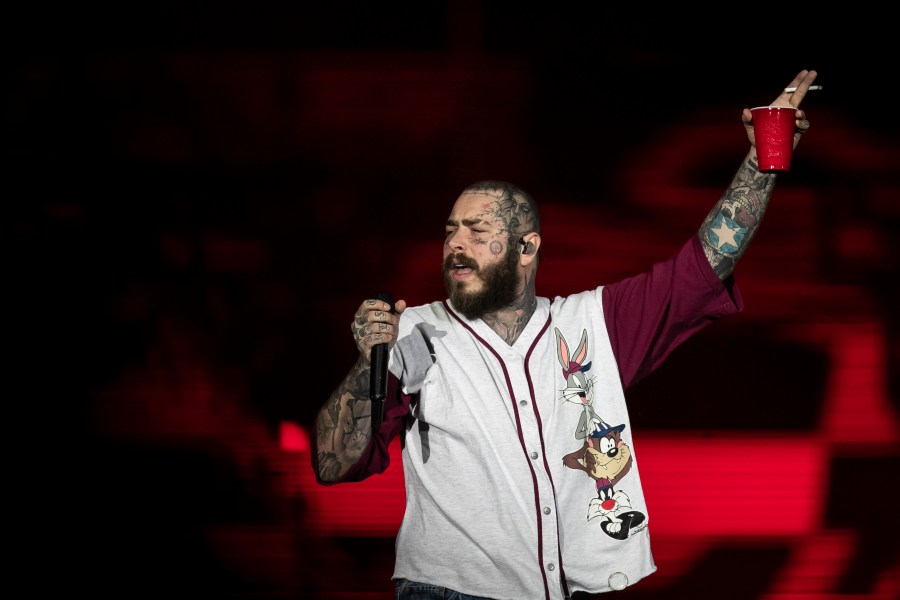 Post Malone apologized to his St. Louis fans Sunday for an on-stage accident that sent him to the hospital and shortened his set the night before at the Enterprise Center.

In the middle of a song Saturday, Malone fell into a hole on stage that moments before was opened to lower an instrument into.

In a video message posted on Twitter on Sunday, he said the fall “got me pretty good.” He said he’d just gotten back from the hospital, where he was prescribed pain medication.

“I just want to apologize to everyone in St. Louis,” Malone said. “Next time I’m around this way we’re going to do a two-hour show for you, so we can make up for the couple missed songs.”

Manager Dre London took to Instagram Sunday to say Malone bruised his ribs in the fall.

There should be no implications for the rest of the tour, which continues Sunday night in Columbus, Ohio.