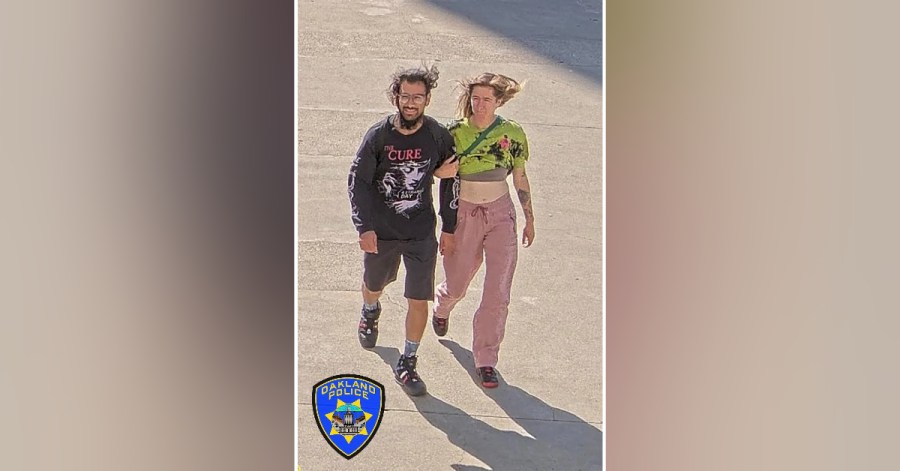 The Oakland Police Department released an additional photo of the couple who are being investigated for performing a sex act at an A’s game. Police are asking for the public’s help in finding the couple.

“On August 21, 2022, during the Oakland A’s baseball game, a lewd act in public (647(a) PC) occurred at the Oakland Coliseum. OPD believes these two people were responsible for the crime.”

The image released Wednesday (above) shows the man and woman involved up-close. The man has long hair, glasses, and a beard and was wearing a black long-sleeve shirt. The woman has blonde hair, tattoos on her left arm and is holding the man’s arm in the picture.

Police launched the investigation after a video that appeared to show the sex act leaked on Twitter. In the video, the couple was seen alone in the top row of section 334.

What to know about iPhone 14, which is now on sale