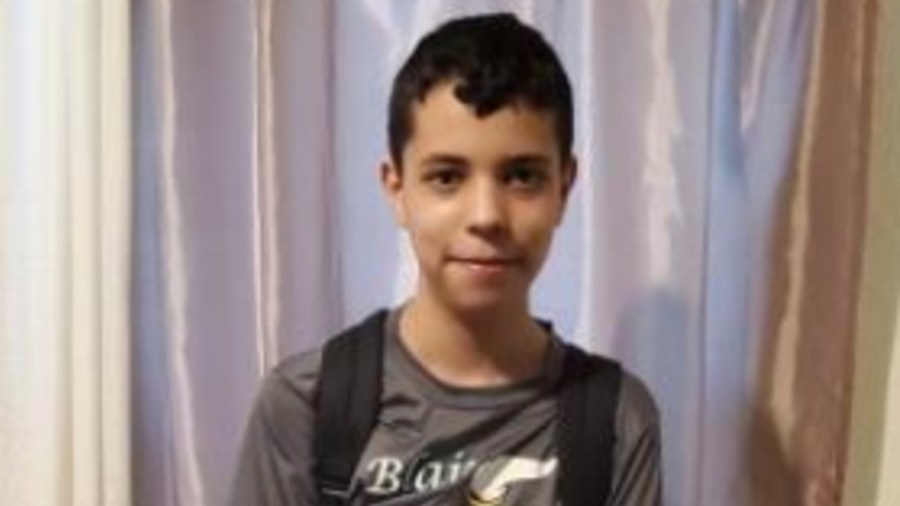 Police are asking for the public’s help to capture the suspect responsible for the shooting death of a 13-year-old Pasadena boy in 2021.

An $85,000 reward is being offered for information leading to an arrest and conviction.

On Nov. 20, 2021, Iran Moreno, 13, was shot and killed by a stray bullet while he was playing video games inside his bedroom.

The shooting happened around 6:12 p.m. in the 900 block of Raymond Avenue, said Pasadena Police.

Police say gunfire erupted outside of his home with one stray bullet going through the walls and striking Moreno. The boy was not the intended target, authorities said.

Family members tell KTLA the boy collapsed in the living room and his father held him in his arms as they awaited an ambulance. Moreno was transported to a local hospital where he was pronounced dead.

Police have released security footage of the suspect and their vehicle description in hopes to track them down.

Security footage shows the suspect’s vehicle stopping in a parking lot across from the victim’s home. The man is seen stepping out of the car and firing his gun before getting back into his car and driving away.

The male suspect was last seen wearing a gray-colored hoodie or long-sleeved shirt. His ethnicity or other identifying features are unknown. His vehicle is a 2017-2020 gray-colored Ford Fusion sedan.

Anyone with information is asked to call Pasadena Police at 626-744-4241 or Lieutenant Keith Gomez of the Violent Crimes Section at 626-744-4517. Anonymous tips can be made by calling “Crime Stoppers” at 800-222-8477 or submitted online at lacrimestoppers.org.

“The Pasadena Police Department’s Robbery/Homicide Unit has been tenaciously conducting follow-up investigation since this tragic murder occurred. Sadly, our investigative leads have not led us to those responsible for this cowardice murder. We are again asking for the public’s help to bring those responsible to justice on behalf of young Iran Moreno.”